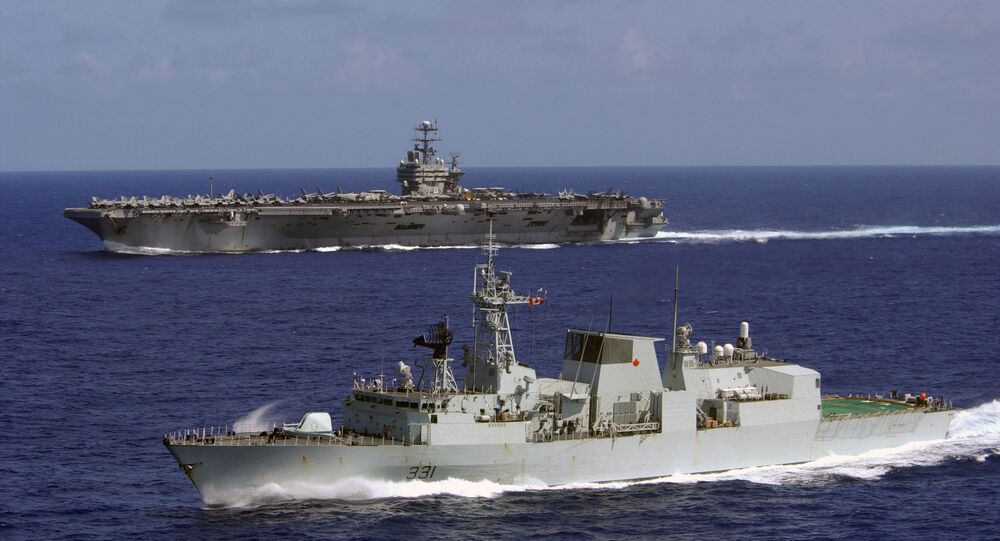 The Royal Canadian Navy warship Vancouver plans to showcase upgraded surface gunnery capabilities during a series of exercises in the Western Pacific with partner nations, Canada’s armed forces announced in a press release on Monday.

WASHINGTON (Sputnik) — The Vancouver was included in a modernization and life-extension upgrade of Canada’s Halifax-Class ships, according to the release.

"HMCS Vancouver’s deployment underlines the strategic importance of the Asia-Pacific region, of increasing international interest in the area, and the opportunities to operate alongside partner navies," the release explained.

© Flickr / Matt
Canadian Warship on NATO Mission Hit by Outbreak of Hand, Foot and Mouth Virus
The Vancouver was included in a modernization and life-extension upgrade of Canada’s Halifax-Class ships, according to the release.

Naval exercises by allies in the Western Pacific have become more frequent amid Chinese claims of sovereignty over the South China Sea, a key international waterway for about half the world’s commercial shipping traffic.

Canada’s ‘Black Widow’ Back on the Streets: Lonely Men Have Been Warned