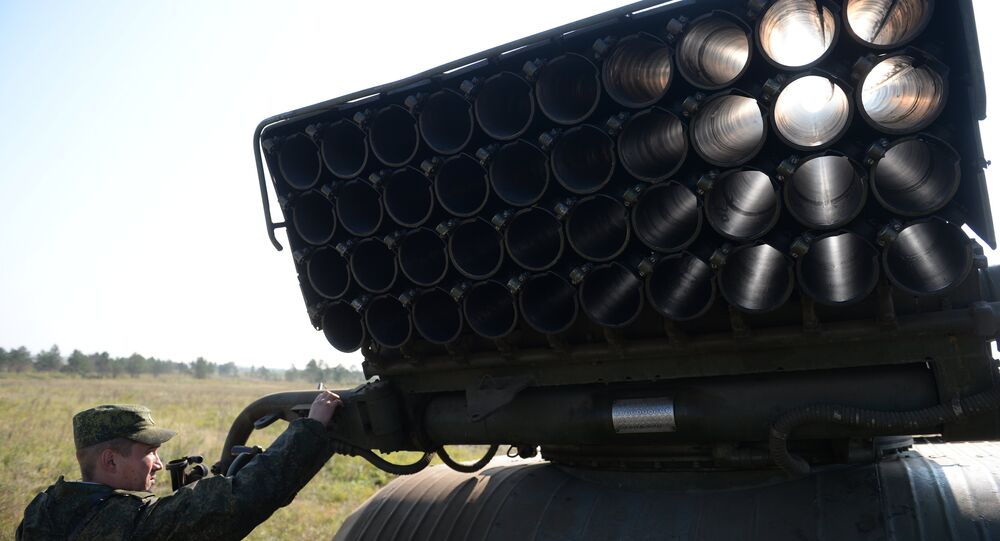 Over 5,000 Russian servicemen from missile troops and artillery units have started combat training at seven ranges of the Southern Military District, the district's press service said in a statement Tuesday.

© Sputnik / Sergey Eschenko
Russian Northern Fleet Anti-Submarine Ships Carry Out Air Defense Drills
MOSCOW (Sputnik) — According to the statement, the combat training will be held at the ranges of Tarskoye, Gvardeets, Dzartsemi, Sernovodskoye, Kapustin Yar, Dalny, and Alpiysky with the participation of the servicemen from the North Caucasus and South Ossetia.

The artillery units will also use Orlan unmanned aerial vehicles for correcting fire, according to the press service.