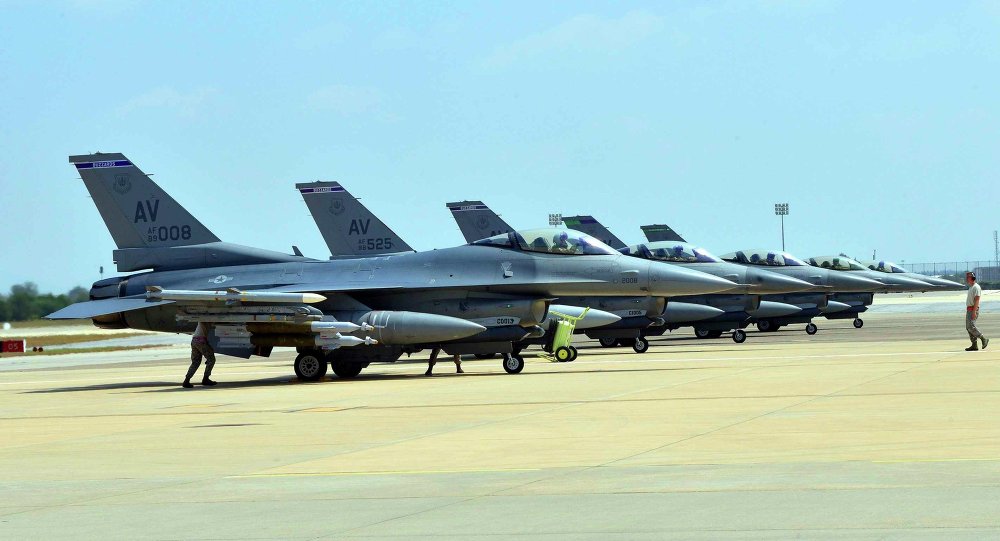 In competition with the private sector, the Pentagon is facing a dramatic pilot shortage that could leave the United States Air Force vulnerable.

Over the next seven years, a large number of pilots working for commercial airlines are expected to retire. While the aviation industry is bracing for a decline, it is also scrambling to hire new pilots.

According to military officials, the hiring spree is having an effect on the US Air Force.

"It is a crisis," said Air Force chief of staff Gen. David Goldfein, according to McClatchy. "Here’s the reason I believe it’s a crisis: air superiority is not an American birthright."

"We need the authority now specifically because we need to address a number of shortfalls, the most important of which at the moment is the 700 fighter pilot shortfall that we’re currently facing by the end of this very year," she said, "with 1,000 pilots that we’re projected to be short in just a couple of years."

While it takes a decade of flying with the US Air Force to earn a six-figure income, commercial pilots can reach this mark in three years.

While the comparatively low pay scales offered by the military are one reason pilots are more interested in the private sector, high stress and long deployments are another factor.

"We’re coming out of, for the Air Force, 25, 26 years of continual combat," Goldfein said, "and so the force has been engaged at a much higher level. That translates to much more time away from home."

"They have to go off to a major exercise to try to train up again for the high-end fight."

Commercial pilots, in contrast, may work unusual hours, but don’t suffer from long stints away from family.

While the Air Force is struggling to come up with the money to lure pilots, its $1 trillion F-35A was finally declared combat-ready earlier this month. Tests have shown, however, that the faulty ejection seat could put pilot’s lives at risk. Until it’s fixed, pilots probably won’t flock to the military.