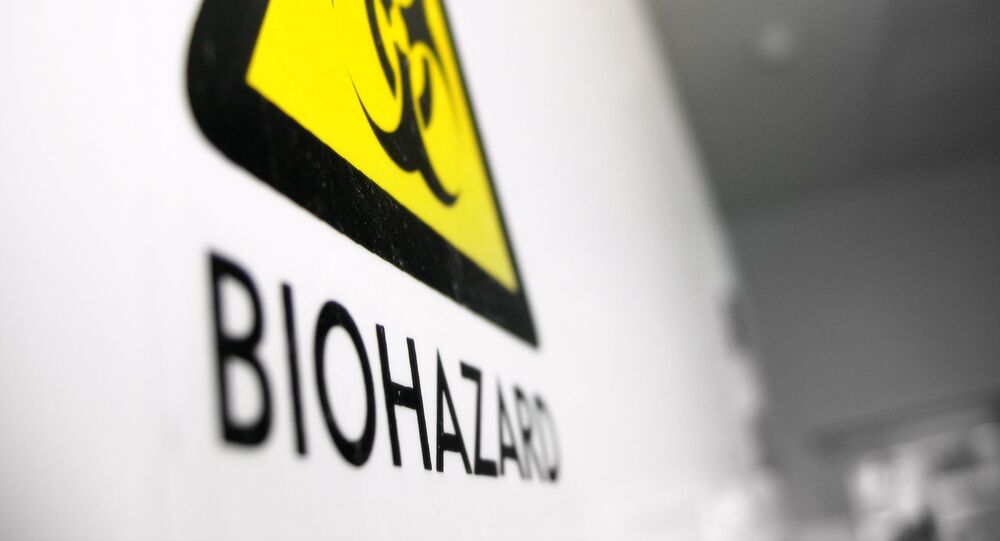 At least 20 sailors have been infected by a painful condition that causes sores to erupt on gums, tongue, hands and feet, with potential severe complications including meningitis and bleeding lungs.

The Toronto Star reports that a Canadian warship deployed on a NATO mission has been hit by an outbreak of hand, foot and mouth disease (HFMD), impacting some 20 sailors.

Sailors aboard the HMCS Charlottetown have suffered the contagious disease in recent days, which causes painful sores and lesions on the tongue, gums, hands and feet. A Canadian military spokesperson confirmed the outbreak and assured the public that the situation has been contained and that the personnel infected with the disease have received treatment.

"Members with HFMD on board HMCS Charlottetown are being treated to help alleviate their symptoms as required," said Capt. Nicola LaMarre in an interview with the Toronto Star.

The spokeswoman downplayed the seriousness of an outbreak that impacted nearly 10% of the crew, saying that "None of the cases of HFMD on board HMCS Charlottetown have caused serious illness or impacted operations. All of the members are being treated by the medical personnel on board the ship in accordance with established medical protocols."

The virulent pathogenic virus, if left untreated, can be deadly, sometimes resulting in inflammation of the brain or the meninges, acute flaccid paralysis, inflammation of the heart, and fluid or bleeding in the lungs. Generally, the condition runs its course over a period of three to six days, before the virus becomes dormant.

There are currently no vaccinations or specific treatment protocol for hand, foot and mouth disease aside from analgesics and anti-inflammatory painkillers to relieve immediate symptoms.

The closed confines of a naval frigate are an acknowledged breeding ground for HFMD, a pathogen passed by close personal contact, coughing, sneezing, touching infected surfaces, and sharing eating and drinking utensils.

According to Canadian naval sources, those impacted by the disease were not quarantined and several continued working in the ship’s galley, causing concern among other sailors that they were needlessly being made susceptible to developing the condition. These crew members were told by officials “not to worry,” according to the Toronto Star.

Canadian naval spokesperson LaMarre confirmed that it was determined by officials that quarantine measures were unnecessary and were viewed as a disproportionate response to the outbreak.

Instead, the spokesperson said that prevention measures have been enforced subsequent to the outbreak, including frequent hand-washing, avoiding close contact with those who have the disease, and cleaning and disinfecting frequently touched surfaces.