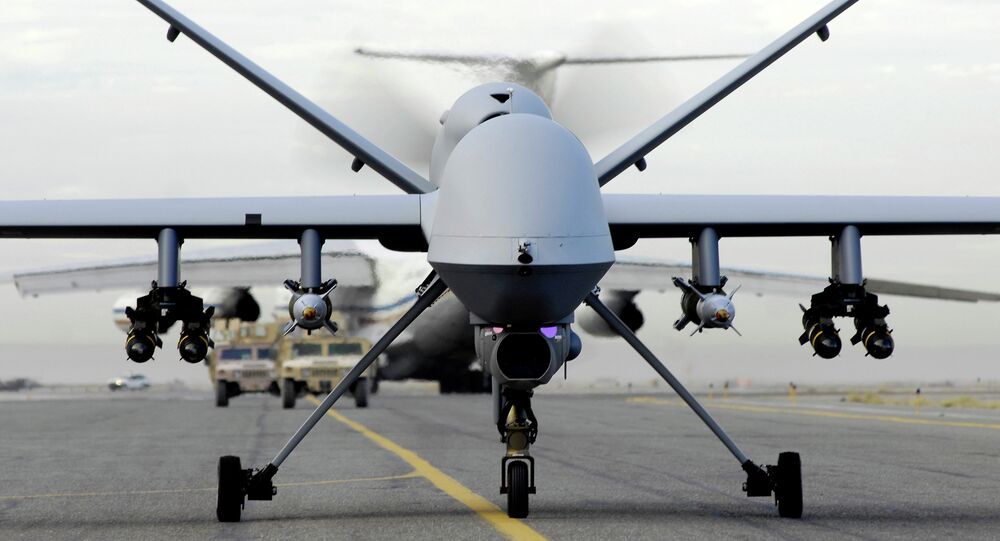 If a new study is accurate, drones of the future will not need a human controller – and could in fact defeat a human in a dogfight.

"It seemed to be aware of my intentions and reacting instantly to my changes in flight and my missile deployment," said former Air Force battle manager Gene Lee, referring to a recent simulations against battle-AI software, according to Breaking Defense.

"It knew how to defeat the shot I was taking. It moved instantly between defensive and offensive actions as needed," Lee said, describing his recent test against ALPHA, AI software designed by a company called Psibernetix.

The AI was able to consistently defeat Lee. While the software has not yet been tested aboard an actual aircraft, the results beg the question: Are autonomous, lethal robots the future of air combat?

"The capability described isn’t ready for prime time in a fighter yet, but it is just like any technology, it will advance way beyond current capabilities," UAV expert Dave Deptula told Breaking Defense.

The software relies on over 150 different inputs that help calculate possible outcomes for any given decision. These include velocity, missile range, and the aircraft’s position in space.

While Deptula doubts the software will be guiding unmanned F-35’s in the near-future, there are functions, such as providing assistance to manned operators, and, more impressively, assisting a single pilot to control a whole fleet of UAVs, that ALPHA could conceivably perform.

"A human can give general input and guidance to the swarm, and be confident that in general, relying on advanced computational capability, the swarm will behave as required," he said.

Deptula isn’t ready to toss out the human element just yet, though.

"There are other areas in which computers alone can’t come close to what a human can accomplish from a complete system perspective – brain surgery; art; foreign policy, etc," he said.

"This technology, in the same way, will be able to do some things far better – or more effectively, or more efficiently, or all three – than a human can do…but that doesn’t mean it’s more advanced or less advanced than the human brain.

WATCH: US Marines Are Getting Land Drones With Heavy Machine Guns and Tiny UAVs