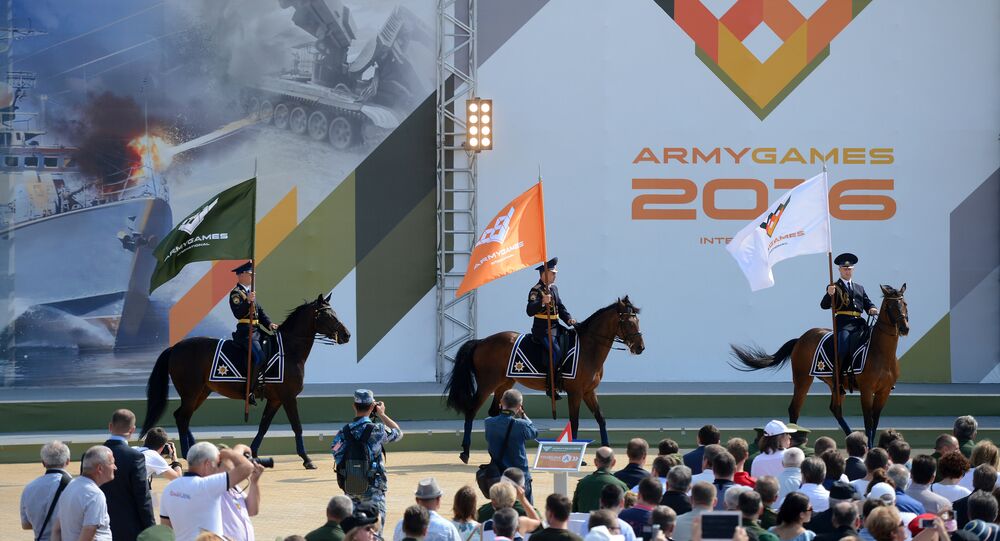 Austria and India are inclined to take part in the military climbers competition at the International Army Games next year.

"I hope the international contest will become annual and about ten teams will participate in it next year. Participants in the contest have appreciated its complexity and have been impressed with the scale and complexity of the special tasks. Moreover, not only direct participants of the contest [have been impressed], but also observers from India and Austria, who have already expressed a serious desire to participate in the next contest [2017]," Ukrainetz told reporters.

Russia, China, Iran, and Kazakhstan are taking part in the 10-day Elbrus Ring contest, which started on August 1. The contest consists of 14 special tasks, including climbing the 18,510-foot high Elbrus mountain.

Ukrainetz said that all the teams were made up of professionals and would compete until the end.

Russia is currently hosting the IAG, which started on July 30. The event features competitions in 23 disciplines, such as a tank biathlon and aviadarts. A total of 121 teams from 19 countries from across the world are taking part in the IAG which are being monitored by observers from 11 countries. The tank biathlon competition began with a race between the Serbian, Indian, Russian and Kazakh teams at Moscow's Alabino shooting range.