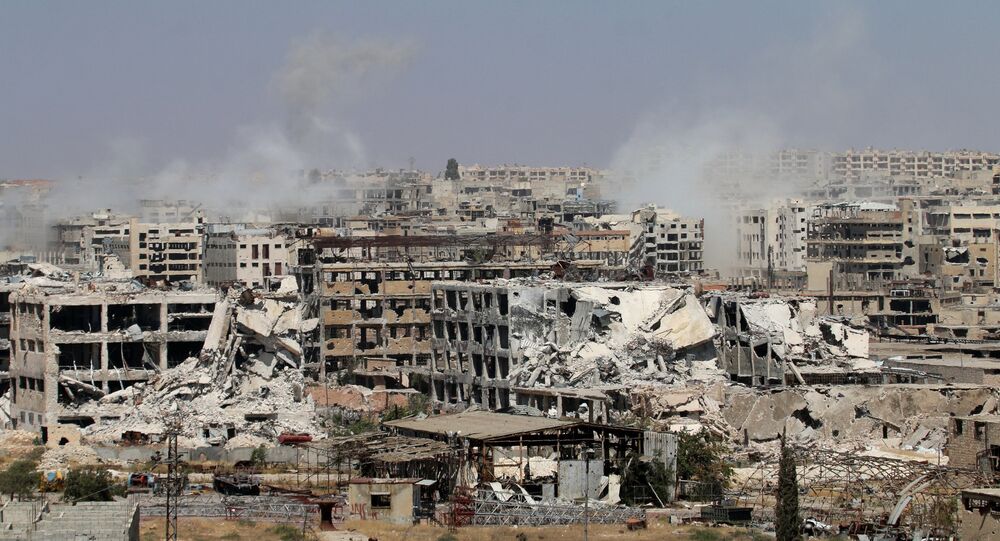 The US wants the (OPCW) and the UN to investigate allegations of recent chemical attacks in Syria even though Washington has not seen conclusive evidence to back up the claims, US Department of State deputy spokesperson Mark Toner said in a press briefing on Thursday.

According to media reports, dozens of people were affected by toxic gas dropped in the Idlib province city of Saraqib on Monday.

© REUTERS / Ammar Abdullah
Blindsided in Aleppo: US Misses Yet Another Red Line It Set for Assad in Syria
The United States, Toner explained, has not yet seen conclusive evidence to suggest that either attack took place. When asked, Toner stressed that "we want to see both investigated."

Toner also noted that Moscow had alerted Washington of the second report, explaining that he was unaware of the briefing when asked on Wednesday.