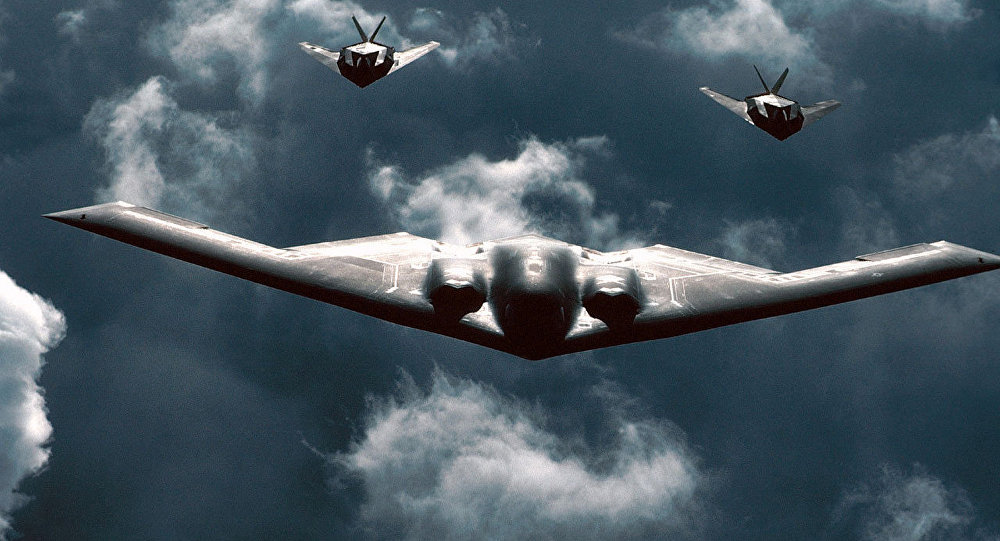 Russia's response to the B61-12 warhead life-extension program will be measured, but the country will be able to come up with "new efficient solutions" to counter the initiative that is part of Obama administration's larger effort to modernize the US nuclear force, lawmaker Dmitry Gorovtsov told RIA Novosti.

The deputy chairman of the State Duma's Committee on National Security and Anti-Corruption further said that Russia will not be dragged into an arms race and that Washington's attempts to threaten Moscow are "doomed to fail."

Gorovtsov maintained that policymakers in the US should shift their focus to real security challenges, particularly terrorism.

At the moment "international terrorism presents the greatest threat to international security," he said. "It's high time that Washington stops threatening Russia with its increased military might and focuses on fighting a common enemy."

© Flickr / Sandia Labs
Russia Can 'Minimize' Threat From US B61-12 Nuclear Bomb
On Monday, the US National Nuclear Security Administration (NNSA) announced that the B61-12 warhead life extension program (LEP) had entered the production engineering phase, which is the final stage before production.

The $11 billion program will help to extend the life of the aging B61 nuke by two decades. According to the NNSA, the upgraded modification of the bomb designed in 1963 is expected to enter production stage in 2020, but defense analyst Konstantin Sivkov told RIA Novosti that US troops will receive the B61-12 significantly earlier.

"They are not remaking the bomb, but rather modernizing several of its components," he said, adding that the nuke will have an improved aerodynamic design. "This will not take much time, 18 months maximum. The bomb will then enter service."

The analyst added that the B61-12 will considerably increase the capabilities of America's tactical aviation to launch so-called "decapitation" strikes that are aimed at destroying the most protected command and control centers.

© Flickr / Robert Karma
In the Face of Controversy, US Air Force Calls on Defense Firms for New Nuclear Cruise Missiles
Sivkov added that Russia's only viable response to the B61-12 involves creating a nuclear warhead for the 9K720 Iskander mobile short-range ballistic missile system. "There simply is no other efficient solution," he said.

The upgraded B61 will potentially be deployed close to Russia's borders and will be targeted against Moscow, military analyst and editor-in-chief of the National Defense magazine Igor Korotchenko told RIA Novosti.

For his part, Vladimir Batyuk, a political analyst from the Moscow-based Institute of USA and Canada Studies, pointed out that both the US and Russia are modernizing their weapons and there is nothing surprising about it.

"I think that the US will try to uphold strategic nuclear parity with Russia. This parity is the basis of strategic stability in the world," he explained.