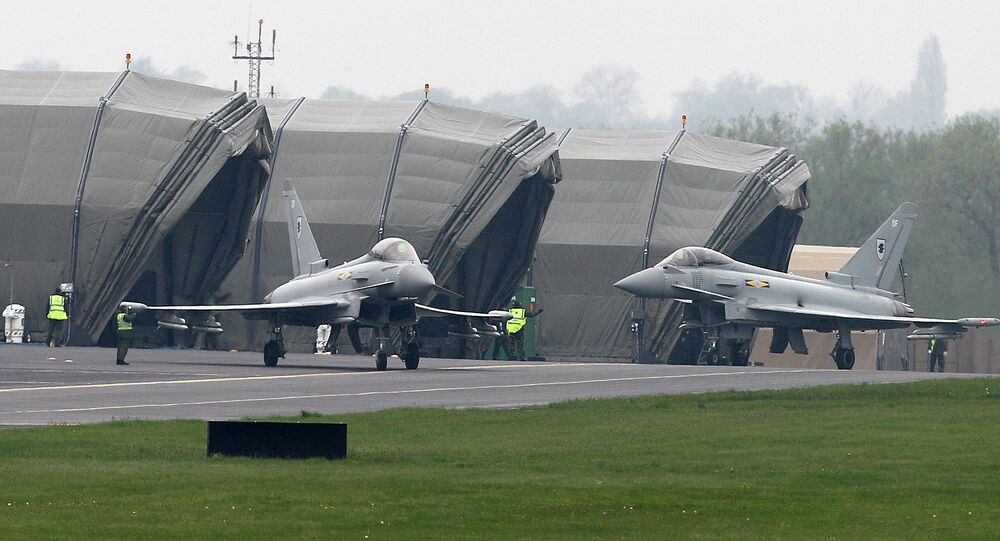 NATO Policing Jets Train With US Bombers in Baltic Sea

The exercise took place in European international airspace over the Baltic Sea and English Channel, according to NATO.

"Allied and Partner jets scrambled to train intercept procedures at designated points in the exercise, and the NATO Airborne Early Warning & Control Force aircraft ensured command and control during operations," the statement noted.

The exercise took place in European international airspace over the Baltic Sea and English Channel, according to NATO. Danish F-16s fighter jets and Swedish JAS-39 Gripens participated in the training.

© AFP 2021 / US Navy photo
US Navy Destroyer Enters Black Sea for US-Ukraine Navy Drills
Additionally, UK Typhoons, one of the Baltic Air Policing detachments, were airborne in western Estonia while the bomber transited the Baltic Sea.

Earlier on Monday, US Strategic Command (STRATCOM) announced that three US B-52 bombers and two B-2 stealth bombers are conducting simultaneous, long-range flights to the North and Baltic Seas during the exercise.

The Polar Roar exercise is intended to demonstrate the global-strike capability of the US bomber force in integrated exercises with US allies.