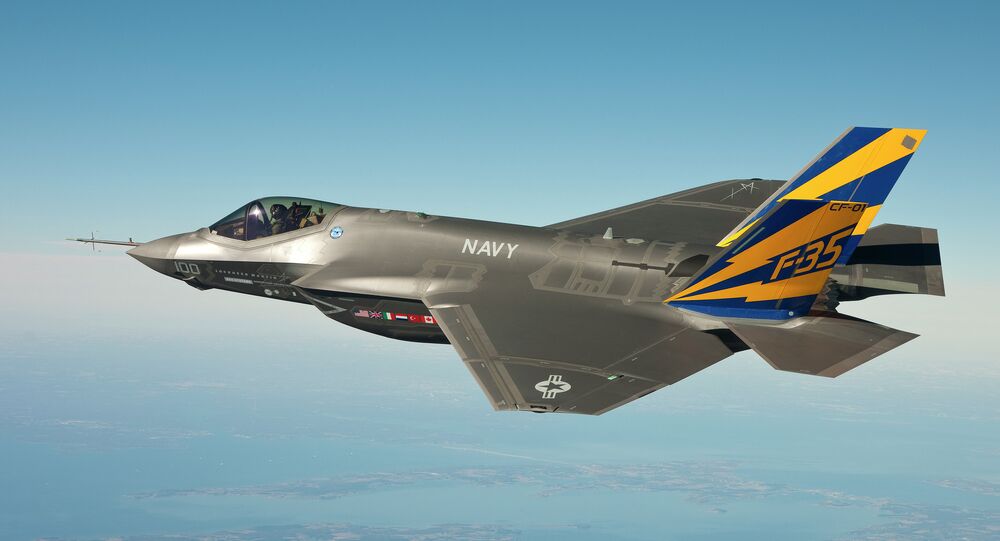 The massive cost overrun on the $337 million per aircraft F-35C fighter jet has so hamstrung the US Navy’s budget that their plans for an F/A-XX sixth generation fighter jet may be nothing but a pipe dream.

© REUTERS / Tumay Berkin
Turkey Says FBI and CIA Behind Failed Coup, Gulen 'Only a Pawn'
The United States Navy’s tactical aircraft plan for the post-2030 threat environment is in disarray as officers remain skeptical about the performance capabilities of the F-35C, but the cost override on the fifth-generation fighter jet may force the military branch to discard plans for the F/A-XX sixth-generation fighter jet program.

After spending over $1.5 trillion in US taxpayer money, the Pentagon budget will only enable the US navy to field a handful of Lockheed Martin F-35C Joint Strike Fighters after the aircraft’s budget bloated due to an unprecedented number of design and software problems that set the fighter jet several years behind schedule.

"They’re looking at it in a very short-sighted way. They’re still skeptical because the expense hasn’t come down to the degree they wanted," a source told The National Interest. "Already the aircraft squadron buy of the new airplane is smaller than the Hornet squadron they’re supposed to replace – 10 aircraft versus 12 – simply because they can’t afford it."

© REUTERS / Reuters
Are US Nukes at NATO’s Incirlik Air Base in Turkey Safe?

The Navy’s budget is weighted down by a flat top line such that if an aircraft is more expensive than the military branch predicted, they are forced to simply purchase fewer fighter jets even though the majority of the cost is on the design and development side, not the wholescale production.

"In a flat budget environment, there is no additional money coming so you have to take the cut in your overall number of assets," explained Jerry Hendrix to reporters with The National Interest, director of the Defense Strategies and Assessments Program at the Center for a New American Security.

The overwhelming cost of the F-35C, a mind boggling $337 million per aircraft, has pushed the US Navy to the point that if there was a way for them to abandon the Joint Strike Fighter Program, it would do so immediately according to The National Interest’s anonymous US Navy source.

Preferably, the Navy would like to bypass the obscene costs of the F-35C altogether and transition directly towards the development of the F/A-XX sixth-generation fighter jet before cost overruns kill the program entirely.

"They would really like to delay [purchasing the F-35C] until they get to F/A-XX because they think it’ll be designed more according to their liking," the source explained. "But the fact is that the F/AXX is just a dream on a piece of paper right now and it’s a dream they’re getting push back on from DOD [Department of Defense] leadership."

Interestingly, even if the US Navy should get around to developing the F/A-XX, the National Interest source explains that it is just a slightly modified version of the F/A-18E/F Super Hornet which he explained is due to a mass of Super Hornet pilots in key positions of the US Navy’s operating structure.