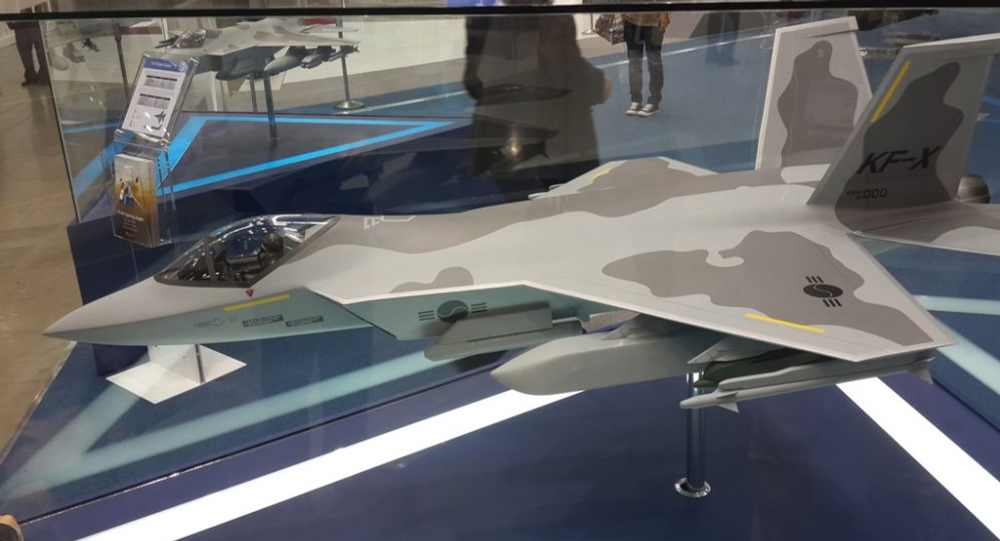 Korea and the United States held their first high-level talks in Washington on the transfer of jet technologies for Seoul's project to develop its own fighter jets.

The Korean delegation, led by Vice Defense Minister Hwang In-mo and Deputy Foreign Minister for Economic Affairs Lee Tae-ho, met with the US delegation, led by David Shear, Assistant Secretary of Defense for Asian and Pacific Security Affairs, and Rose Gottemoeller, Under Secretary of State for Arms Control and International Security for the US State Department, this Thursday, according to Korean Times.

The sides discussed several key foreign and security policy issues, including the transfer of US technologies essential for development of South Korea's own fighter jet that is supposed to replace the aging F-4 and F-5.

It was the first high-level meeting of the Defense Technology Strategy & Cooperation Group (DTSCG), which followed the group's working-level talks held in March. The DTSCG was established last year based on an agreement between defense chiefs of the two nations.

During the meeting, the Korean delegation also asked the United States to give it technologies related to the development of the medium-altitude unmanned aerial vehicle (MUAV), the official said. Washington said that was being considered added.

Russia, China Warn Against Placing US Missiles in South Korea

South Korea, US to Conceal THAAD Radar Data With Japan