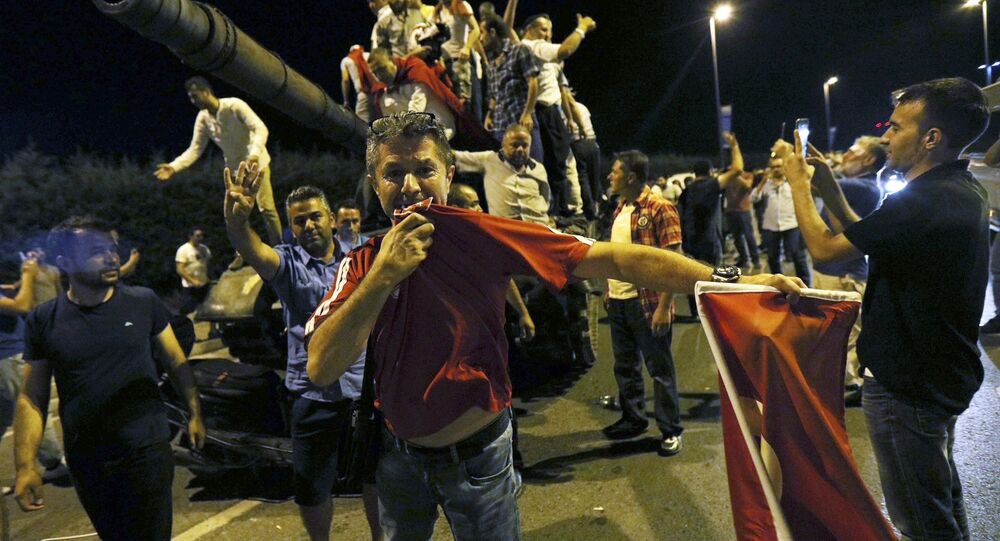 One of the biggest questions in the wake of the July 15 failed coup of the Erdogan regime in Turkey is whether American Hydrogen bombs stored at Turkey’s Incirlik Air Base will remain safe or could they potentially fall in the hands of terrorist organizations.

The Incirlik Air Base, in southeast Turkey, houses NATO’s largest nuclear-weapons storage facility. In the wake of the coup, Turkish officials cut off power to the facility and local authorities denied movement on to or off of the base forcing the troops stationed at Incirlik to rely on backup generators.

US Air Force planes stationed there were prohibited from taking off or landing due to the heightened security level in the country and Turkish police rushed in to arrest the base commander, General Bekir Ercan Van, and nine other Turksih officers at Incirlik for allegedly supporting the coup.

In the days that followed, American flights have resumed albeit with significant delays from the base, but the base has become a point of contention for Turkish nationalists with over 5,000 nationalists charging towards the base on Thursday chanting "death to the US" and demanding that the "Yankees go home" or that the Incirlik base be shuttered immediately.

Then on Saturday, over 7,000 armed Turkish security forces joined by heavy vehicles surrounded the Incirlik Air Base restricting any access to or away from the facility. Turkey’s European Affairs Minister said that it was a "general security check" that yielded nothing, Turkish newspaper Hurriyet reported that Adana police received a tip of a second coup attempt, and the limited Western media coverage spun a narrative that security forces were there to disperse protesters although video suggests the demonstrators arrived after, not before, the blockade.

Tension around the facility has been followed by unrest throughout the country with mass anti-American and anti-NATO protests and with a massive fire near another major base in Izmir with Turkey’s T24 news reporting that officials suspected "anti-US sabotage."

The anger towards the United States with a particular focus on the Incirlik Air Base in the recent week is palpable,  but if Turkish officials are worried about the situation unravelling to the point where a loose nuke situation could unfold, they are hardly doing anything to calm the public.

On Sunday, Turkish President Recep Tayyip Erdogan declared that arch-nemesis Fethullah Gulen was "only a pawn" used by some more powerful mastermind which appears to be a direct reference to the United States in light of other recent comments. Earlier this week, Erdogan suggested that there was a "superior intelligence behind [the coup]" and told the US CENTCOM commander that the US is "revealing yourselves, you are giving yourselves away" by taking a critical stance on the post-coup attempt purge.

This has also been in keeping with accusations hurled by the country’s Labor Minister, Prime Minister, a leading pro-Erdogan Islamist newspaper, and most recently an Erdogan loyalist prosecutor who contends that the Fethullah Terrorist Organization (FETO) was supported by the FBI and the CIA.

Although recent security concerns at Incirlik Air Base prompted a major upgrade to the perimeter fence that surrounds the nuclear-weapons storage area, the base is only 60 miles (96km) from the Syrian border and a rash of terrorist incidents led the Pentagon to issue an "ordered departure" of all the family members of US troops at Incirlik who were asked to leave immediately.

The base holds anywhere between 50 and 90 B-61 hydrogen bombs each with a yield of 170 kilotons or more than ten times the destructive force of the Hiroshima bomb that killed 140,000 people in 1945 – weapons with the collective destructive capacity to exterminate millions even if improperly used resting at a base that was deemed prior to the failed coup to be too unsafe for US troops’ family members.

Security analysts estimate that within a matter of hours a terrorist with the right training could open up a nuclear weapon to disperse a radioactive cloud effectively converting a warhead into a dirty bomb and within a matter of minutes a prospective terrorist could breach the security perimeter while a well-organized group of militants would likely be successful in an attempt to besiege the facility if Turkish security forces decided against intervening.

What's Behind Russia's Cordial Relations With This NATO Member