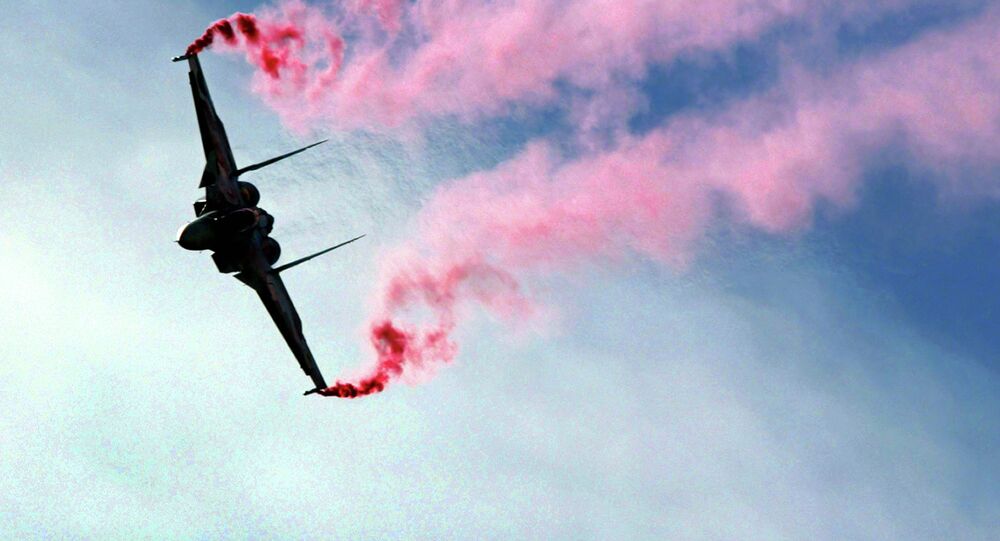 New Delhi and Moscow near an $8 billion deal to upgrade the fearsome Su-30MKI fighter jet into the Super Sukhoi, but the deal does not threaten the joint Indo-Russia fifth-generation fighter aircraft (FGFA) program.

© REUTERS / Alkis Konstantinidis
Thousands Yell 'Death to US' Near Incirlik Air Base in Turkey - Home to NATO Nukes (VIDEO)
Negotiations between New Delhi and Moscow have ramped up with India planning to upgrade 194 warplanes to become fifth-generation Sukhoi SU-30MKI fighter jets at a cost of more than $8 billion, Defense News reported this week.

Defense News quoted an anonymous senior official at India’s Ministry of Defense who said, "A Russian team was in New Delhi earlier this month to discuss [the] upgrade plan with India, which will be finalized in the next four to six months."

The new planes will be known as "Super Sukhoi" jets with upgrades featuring improved stealth abilities, longer ranger missiles and radars, a supersonic cruise missile and an advanced suite of avionics.

"A major part of the upgrade involves avionics and sensors," said Muthumanikam Matheswaran, a retired Indian Air Force officer. "These are completely new with new systems and new software. Hence it has no relation to old problems with software. Engine issues will have to be dealt with."

According to an anonymous Russian diplomat, a prototype of the plane will be developed in Russia while the actual upgrades will be done at India’s state-owned Hindustan Aeronautics Limited.

The Indian Air Force confirmed that the Su-30MKI upgrade will not impact the proposed Indo-Russian Fifth Generation Fighter Aircraft (FGFA) program – worth $25 billion. Analysts believe, however, that a possible diversion of India’s defense funds towards the Super Sukhoi could delay the FGFA.

India and Russia first signed a Prelminary Development Agreement in 2011 to jointly build the FGFA, but  a final agreement which will require a roughly $6 billion payment by New Delhi towards the development of the fighter jet has yet to be inked as the two sides continue to negotiate issues relating to production work share.

Asked about the rationale of pursuing the substantial and costly upgrades to India’s existing SU-30MKI fighter jets rather than purchasing new aircrafts whole, Matheswaran explained, "An upgrade at the maximum will be about half the cost of the original aircraft in Su-30 generation. A new aircraft in place of Su-30 means FGA, which is far more expensive."

Dajit Singh, a retired IAF Air Marshal and defense analyst, explained that there will be significant differences between the upgraded Super Sukhoi and the coming FGFA fighter jet.

"FGFA has some distinct features, which Super Su-30MKI will not have," said Singh. "These include internal weapon-carrying bays to enhance stealth features, integrated internal fit of the electronic warfare suite, super-cruise capability and inherent stealth design."

“Su-30 cannot be redesigned as a stealth aircraft,” Singh continued. "Any changes of the wing design and material to improve stealth would be very expensive and time consuming and would be akin to a different design. Therefore, the FGFA project may not be canceled in total in view of the Su-30 upgrade."