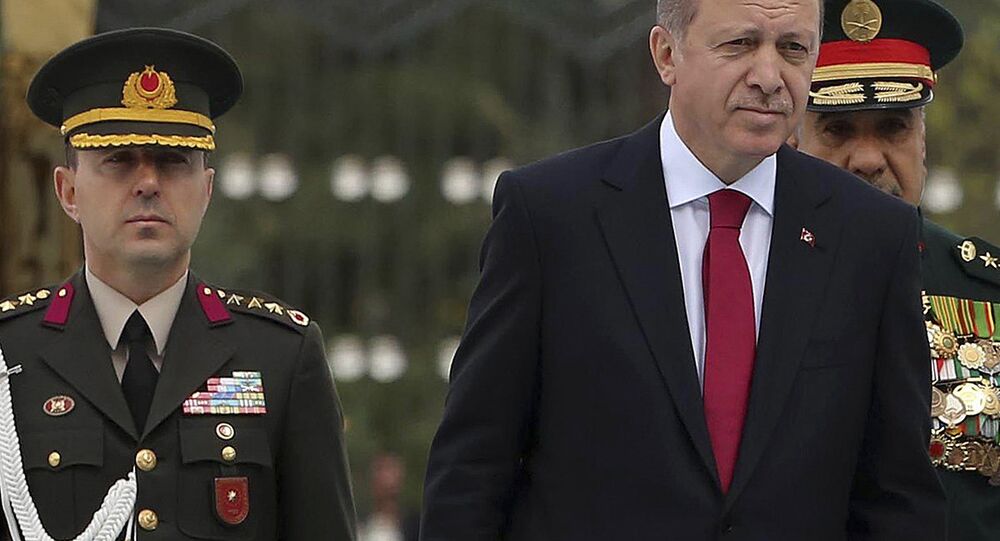 According to a Turkish parliamentary official, President Recep Tayyip Erdogan, in his major overhaul of the country’s military following the failed coup attempt, is seeking to put Turkey’s armed forces and national intelligence agency (MIT) under direct presidential control.

After a five-hour meeting of Turkey's Supreme Military Council, chaired by Prime Minister Binali Yildirim and including top brass, Erdogan announced his decision to keep armed forces chief Hulusi Akar, and the army, navy and air force commanders at their posts. Only minor changes to the top military ranks were made.

YouTube/Joseph Criniti
Only in Australia….Lamborghini Towing Trailer Full of Goats

But some 40 percent of the country's generals and admirals, along with nearly 1,700 military personnel, were detained, as Erdogan stated that NATO's second largest military force needs "fresh blood."

Erdogan's aim to put the country's military and intelligence forces, who currently report to the prime minister, under presidential control, will require a constitutional amendment according to Turkish media. To do that, Erdogan must get the support of opposition parties in the parliament, something that many say he can achieve.

"The president said that… he would discuss with opposition parties bringing the General Staff and the MIT (intelligence agency) under the control of the presidency," the parliamentary official said.

According to Jason Ditz of AntiWar.com, the Turkish military has historically enjoyed a great degree of autonomy, perceiving itself as a "protector" of democracy in Turkey. This has led to numerous successful coups in recent Turkish history, after the military started to feel its autonomy threatened by the administration. Erdogan has pushed to limit this autonomy, possibly indicating the reasoning behind the recent coup attempt.

If Erdogan succeeds in bringing those forces under his control, it will mark an historic shift in the balance of power in the country, a "dramatic change for the structure of Turkey," according to Ditz.