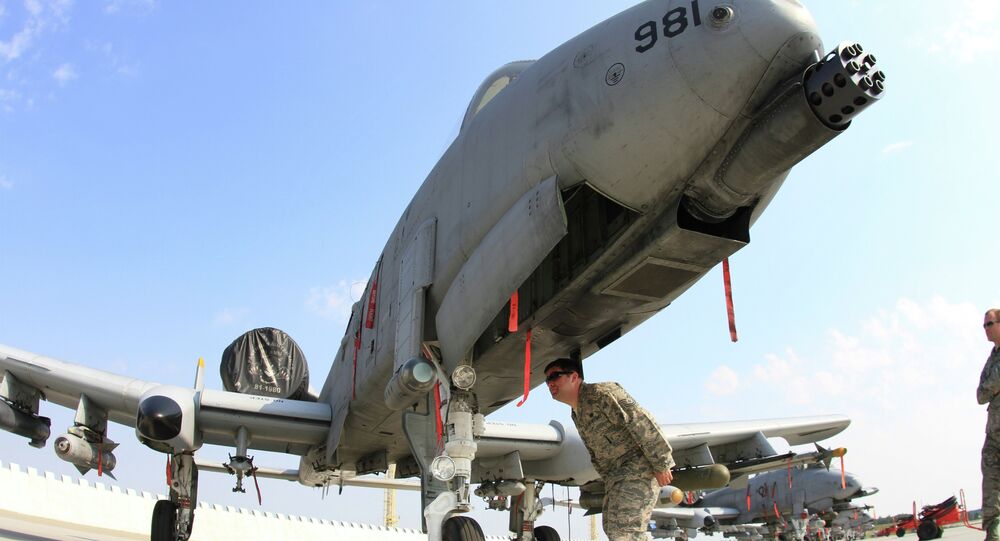 The US Air Force, considering an alternative for its aging A-10 Thunderbolt II aircraft, has no replacement proposal, US Air Force’s top civilian Deborah Lee James said.

The A-10 Thunderbolt II, affectionately known as the Warthog, is a versatile, effective and time-tested aircraft, capable of performing various combat tasks. One of its key features is a "built-in redundancy for close-air-support," which made Air Force command decide to keep it in service at least until 2022.

The problem with the Warthog is that it is old. The need for constant maintenance for the aging warplanes makes its operational cost somewhere in the neighborhood of $20,000 an hour. Aiming to reduce that cost to some $4,000 or $5,000, the Air Force is reportedly looking into the machine that will replace the Warthog in close air support (CAS).

But there have been no proposals, said Deborah Lee James, the Air Force Secretary.

"So far, I have read about this in the news," she said during a news conference. "I have not actually seen a proposal on any of this that has come forward to me. So it, for sure, is pre-decisional. It hasn't been decided on. You just put your finger on it, where would we get the money? Not at all clear to me."

"We got the backs of the people on the ground who need a [CAS] mission performed. So I'm just going to wait to see whatever this proposal is, to come forward, but of course the money is the important thing and we have the A-10, we have the F-16 — you're aware of all the different aircraft [that] are able to perform close air support."

Aside from the F-16 Falcon, a possible replacement for the A-10 is the next-generation F-35 jet fighter, although it has been plagued by many flaws and technical problems. The US Air Force performed a thorough comparison of the two warplanes, whose release date is separated by almost fifty years, to determine whether the replacement is justified.

When asked about the new Lockheed-Martin jet, James was reassuring, defending a machine that is projected to cost some $1 trillion over its operational life, and claiming that the Air Force will soon declare the F-35 ready for combat.

"Part of the declaration of [combat readiness] is that the F-35 can do the CAS missions that were designated as required as part of IOC — not the full-up CAS but what's called the limited CAS," she said.

Welsh also suggested that a drone, capable of delivering bombs on demand, something he described as a "flying Coke machine," is also an option.

'Resurgent' Russia "Forces" US to Postpone A-10 Retirement Plan