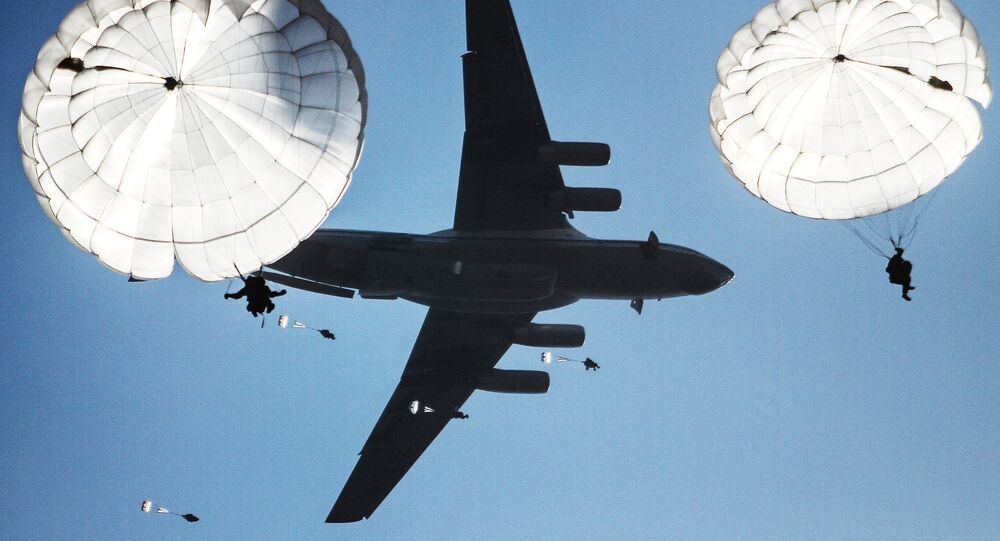 Egyptian, Iranian and Venezuelan paratroopers will use Russian parachutes for the first time during the Airborne Platoon 2016 contest, the Russian Defense Ministry said Monday.

MOSCOW (Sputnik) — The parachuting championships involving military service personnel from Russia, Egypt, Iran, Venezuela, Belarus, Kazakhstan and China, are due to kick off in southwestern Russia on August 3.

"Teams from Iran, Egypt and Venezuela will use D-10 parachute systems, servicemen from Kazakhstan and Belarus will jump using D-6 parachutes, and their Chinese counterparts [will use] Sanbin-9 systems," the Russian military said in a statement.

In the run-up to the contest, teams will make two descents each from Mi-8 helicopters flying over unfamiliar terrain at a height of more than 2,600 feet.