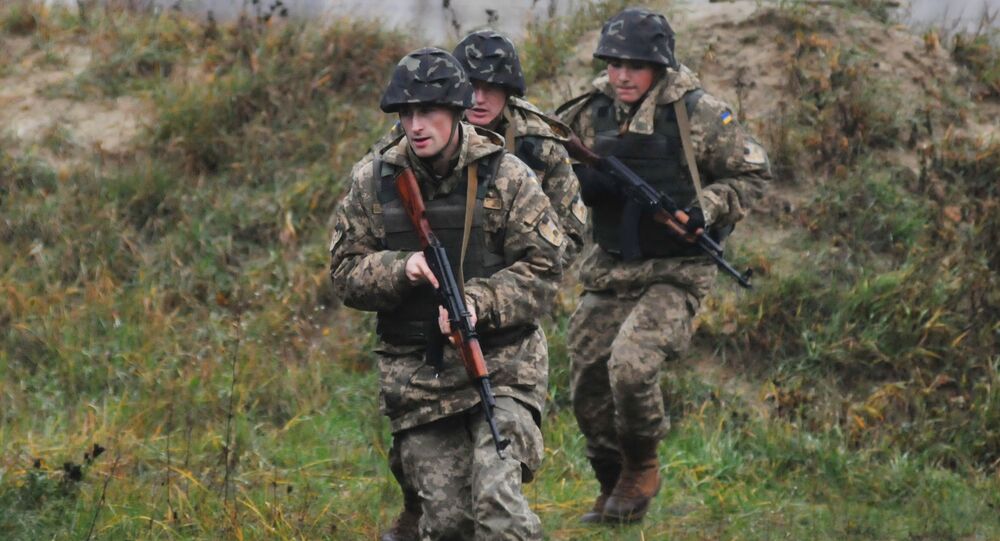 Turning a children’s game into an instrument of warfare, a Ukrainian website with close ties to the Poroshenko regime appalls the world once again.

Dubbed "PokemonRu," the app for Android and iOS mobile devices requires "players to hunt for hiding Russian mercenaries and Russian military criminals, aka Pokemons, in cities where they live, and covertly track their movements," said the website.

"Information about Pokemons is rewarded with bonuses, which may be monetized after reaching a certain level,” the website continued. "Players can also identify new Pokemons and submit data on them via an interactive  map, complete with geolocation data."

Much like the actual Pokémon Go, the game calls for "team-stalking" and offers more "advanced" players the option of hunting for "trickier monsters."

"If somebody takes it for a joke or trolling, he is very wrong," said the website about something that nobody in their right mind could laugh about.

The Russian hunting website is advertising for programmer jobs to develop the app and says that it will use Mirotvorets’ database to pick targets.

Mirotvorets (meaning "Peacemaker" in Russian) is a website dedicated to accumulating information on people suspected by its administrators of having links with rebels in Eastern Ukraine. The website has close links to the Ukrainian government and armed forces, the latter of which uses the website to screen local residents passing through checkpoints.

The Gestapo website calls on the people of Ukraine to submit data on their neighbors with individuals coming under official scrutiny and oppression simply because somebody didn’t like them.

At least two prominent Ukrainian public officials are known to have been killed after their personal info, including their home address, was keyed into the Mirotvorets’ database.

The website has been the subject of widespread international criticism after publishing data on thousands of foreign journalists who reported in rebel occupied areas. Mirotvorets claims the reporters were "terrorist collaborators."

The website was temporarily shut down following the incident after Ukraine’s foreign supporters, including the United States, blasted the Poroshenko government for condoning the outrageous and wanton abuse on civil liberties.

Access to the website, however, was soon after reactivated by Ukrainian officials and Mirotvorets taunted the world by leaking more journalist data.