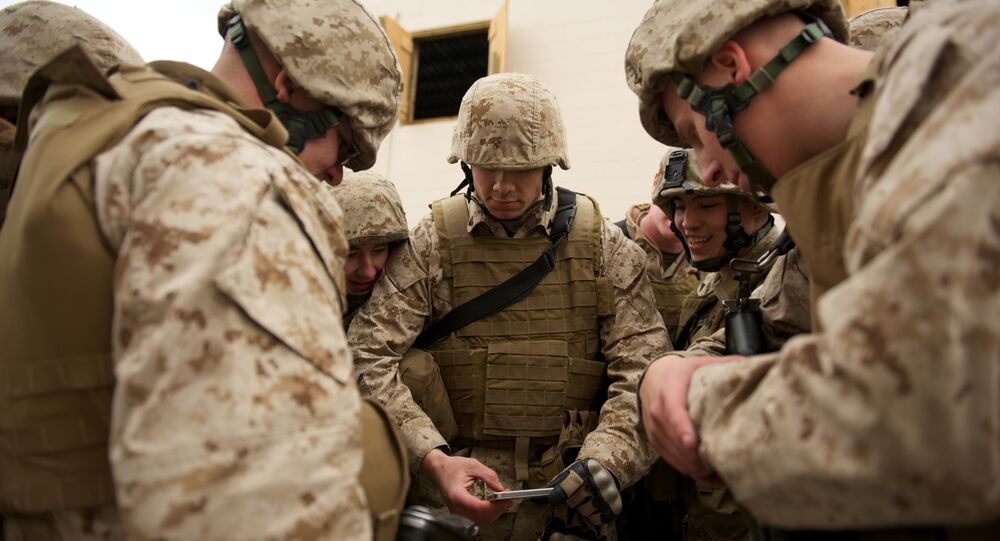 Marines, NSA to Bring Combat-Adapted Smartphone Tech to the Battlefield

The program will mirror a similar approach adopted by the US Army that will provide soldiers with the ability to transmit strike coordinates, access visual maps, and potentially engage weapon systems using a heavily-modified consumer-level smartphone.

The program, in conjunction with the NSA’s new Commercial Solutions for Classified (CSfC), mirrors an Army Nett Warrior effort, in which soldiers use smartphones for navigation and to confirm strike coordinates. The Marines have not yet settled on a vendor with ongoing experiments signalling a preference by forces for Android while their counterparts in the Army Special Operations Command favor the Apple iOS system.

The Marines issued a Request for Information (RFI) in January, asking for industry input on which operating system would provide soldiers with the best battle-capable technology, with the highest level of security.

Major Shepherd, a helicopter pilot who now heads the Marine Air-Ground Task Force (MAGTF) Common Handheld team, said in an interview with Breaking Defense, that the RFI, "will clarify the stuff that we’ve learned since January and we learn very quickly in this field because it changes very rapidly."

The Marines and the NSA believe that they will have compiled enough useful information to begin a formal Request for Proposal competition process this fall, perhaps before the October 1 beginning of the 2017 fiscal year, with a view toward getting combat smartphones in the hands of soldiers by 2019.

The Marines, however, cannot simply adopt the Army’s current system, due to the different requirements faced by the military branches. Shepherd elaborated, "I have some issues they do not have, such as integration with Navy ships and naval aviation," whereas the Army system is focused on secured communication compatibility with helicopters and the US Air Force.

Connecting with the Navy may be the single greatest impediment for the novel US Marine Corps program, as, after a 15-year land war, most technical upgrades have been centered on ground combat, while upgrades to Navy systems have been largely delayed, if not scrapped.

Competing contract teams must also orchestrate a "layered defense" protocol that will make each network self-sufficient, such that if a single device or system input is compromised, the broader network will remain functional.

A lesson that the US Marines are taking to heart from the Army’s mixed experience with tablets and smartphones in the battlefield, is making security suitable to the terrain and environment. Fingerprint pads used by the Army are easy to override, often malfunctioning in dusty terrain

The Marines face their own smartphone security hurdles, as they must deal with the sands of the Middle East, the waters of the Mediterranean, and missions that occur at night which render fingerprint recognition, facial identification, and other visually-based secured-device entry protocols insufficient. The program will be forced to determine an appropriate trade-off between security and simplicity.