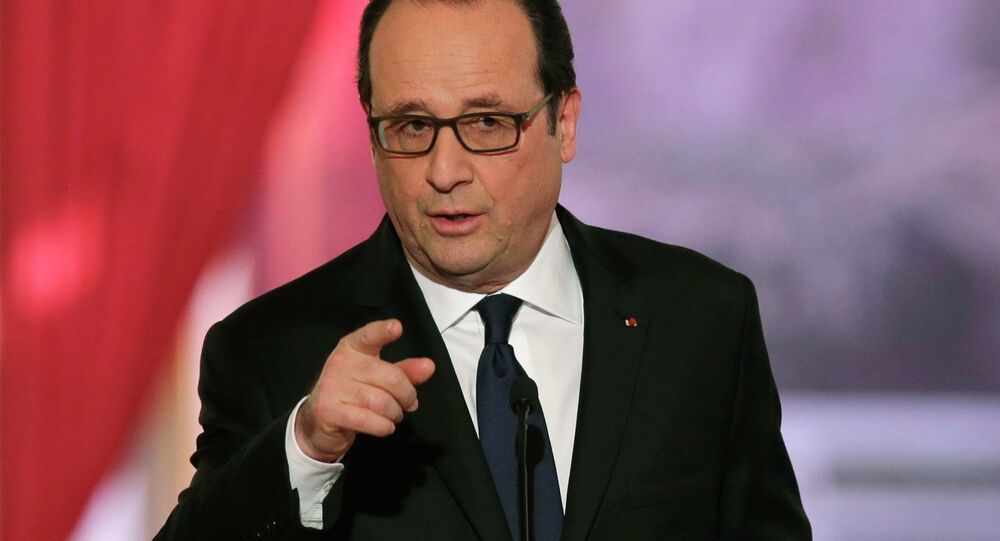 French President Francois Hollande has begun touring European cities in the run-up to the next EU summit in September as part of an attempt to garner support for an European Union army, now that the UK - which opposed it - has signaled its intention to leave.

© REUTERS / Philippe Wojazer
Regional Head Warned Hollande That Police Understaffed Before Nice Attack
Hollande's motivation is obvious: he sees the latest terror attack in Nice, following the November 13 Paris atrocities and the Charlie Hebdo attacks, as a sign that the EU must consolidate its military strength to tackle terrorism.

Following the Nice atrocity — in which 84 people were killed and 303 injured when a 19-ton cargo truck was deliberately driven into crowds by Mohamed Lahouaiej Bouhlel, a Tunisian resident of France — Hollande said:

"There will be at the initiative of France a proposal to strengthen the defense of Europe. This is to facilitate the commitment of the European Union and its outer borders, to strengthen the security of our partners and neighbors to work together to build response capacity and ward off threats against us through terrorism."

The President of the European Commission, Jean-Claude Juncker has also backed an EU army, saying:

"Such an army would help us design a common foreign and security policy."

As I predicted during referendum, Germany now publishes white paper calling for more EU military co-op + steps that "could" lead to EU army

Defence spending will rise. Successive governments have been banking on an #EUArmy. Time to stand on our own 2 feet. https://t.co/m11rMcWifX

​Britain has always opposed an EU army, believing that NATO was the overarching military alliance for Europe.

"Our position is crystal clear that defense is a national — not an EU — responsibility and that there is no prospect of that position changing and no prospect of a European army," a UK government spokesman said.

French officials believe that Hollande's recent visit to Ireland and planned visits to other EU capitals will pave the way for more cooperation on security and defense on mainland Europe, which stands more of a chance of happening now that Britain is leaving the union.