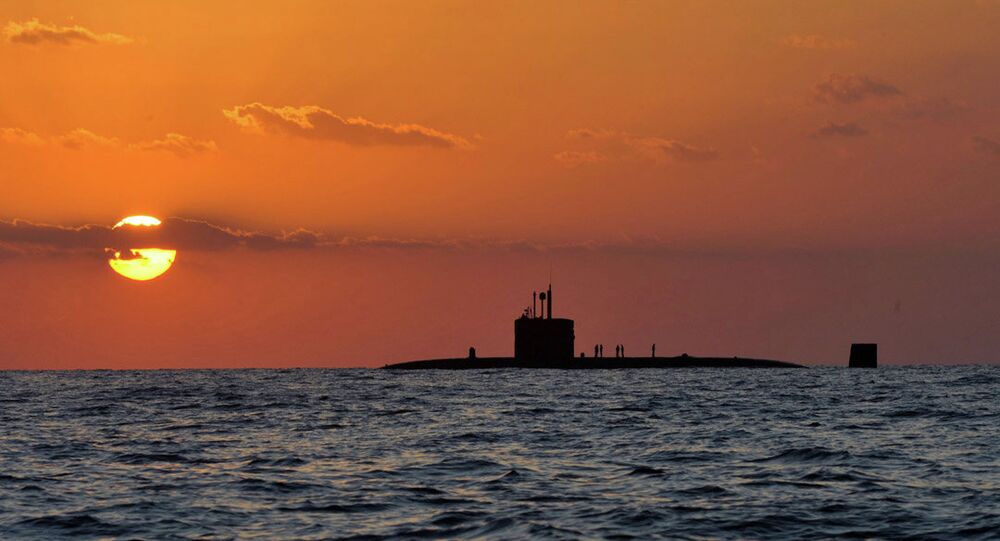 Recently photos of a new modified Chinese nuclear missile submarine of Project 094 appeared on Chinese websites. Military expert, Vasily Kashin, spoke to Sputnik about what could be the purpose of this new submarine.

Top81
New Image Reveals Details of China’s Latest Attack Submarine
The boat is different from previous modifications as it has a more prominent “hump” near the missile location zone; there are some other changes in the contours of the body as well. The Chinese users are calling it 094A submarine.

One of the first conclusions made by the Chinese Internet users was that the submarine is equipped with the new ballistic missile Julang-3 (JL-3) which has a greater range than the Julang-2 (JL-2).

According to military expert Vasily Kashin, such assumptions may hold ground due to the fact that China built a major base of nuclear missile submarines on Hainan Island.

That is due to the fact that only in the South China Sea, the Chinese navy has a real chance to ensure the safety of its nuclear submarines with ballistic missiles.

However, the JL-2 missiles, which took the Chinese industry a great deal of effort to bring to the stage of being ready for taking into service, has a range of no more than 8,000 km.

According to the analyst, these missiles are not able to reach the US from the South China Sea but they can be useful in attacking any of the US’ bases and its US allies across Asia.

However, these rockets cannot solve the main problem- the US nuclear deterrent. Hence, China has been working on new missiles with a longer range but, strictly speaking, there is no reason as yet, to believe that such missiles are ready to enter service.

Development of rockets and the design and construction of nuclear missile submarines are sometimes difficult to synchronize. First submarines of project 094 were built a few years earlier than the missiles JL-2 were finished.

© AFP 2021 / AAMIR QURESHI
China Grows Its External Military Might With Peacekeeping Operations
A similar situation occurred in Russia when missile Bulava appeared much later than the first nuclear-powered submarine of Borey project was constructed.

According to the analyst, such an option is technically possible, but it would be costly. Most likely, JL-2 missile submarines will remain in the ranks and form the basis of regional deterrence forces.

Furthermore, project 094A missile submarine with JL-3 will be a transition type for the development of new weapons systems and probably it would be followed by the construction of a series of new, larger project 096 submarines which will be able to carry around 24 JL-3 type missiles.

No Pain, No Gain! Hardcore Training Methods of the Chinese Military