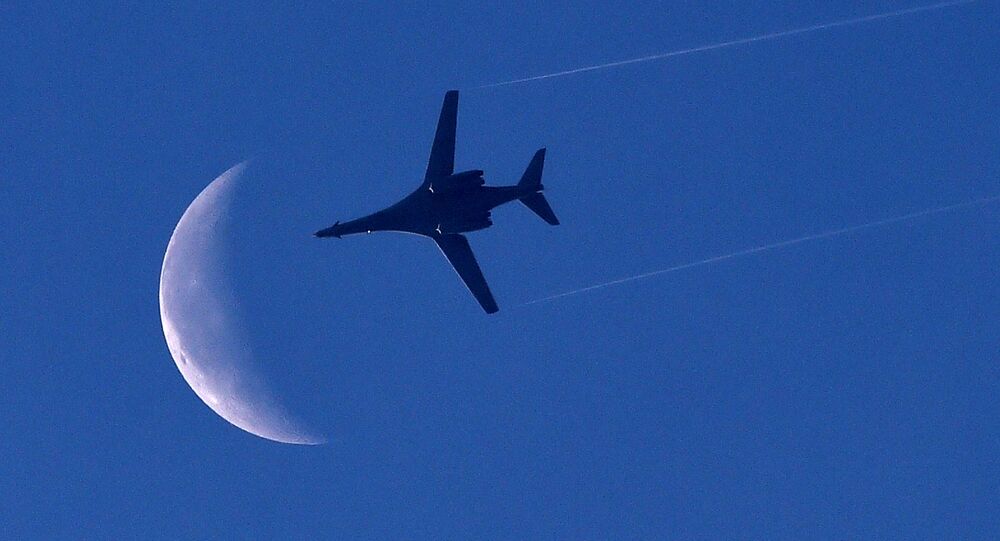 The US-led coalition against Daesh carried out 11 airstrikes on Sunday near the Syrian city of Manbij, hitting six of the terror group’s tactical units and destroying 22 fighting positions, the US Central Command (CENTCOM) said in a press release.

WASHINGTON (Sputnik) — The US-led coalition of more than 60 nations has been carrying out airstrikes against the Daesh in Syria and Iraq since the summer of 2014.

© AP Photo / Lefteris Pitarakis
US Warns of New Attacks in Europe as IS Terrorists Return From Syria, Iraq - State Dept.
Last week, CENTCOM announced that Syrian Arab Coalition forces had begun pushing Daesh fighters from the center of Manbij, but that the city remains heavily contested.

The terror group, also known as Daesh in Arabic, is outlawed in the United States, Russia and many other nations.