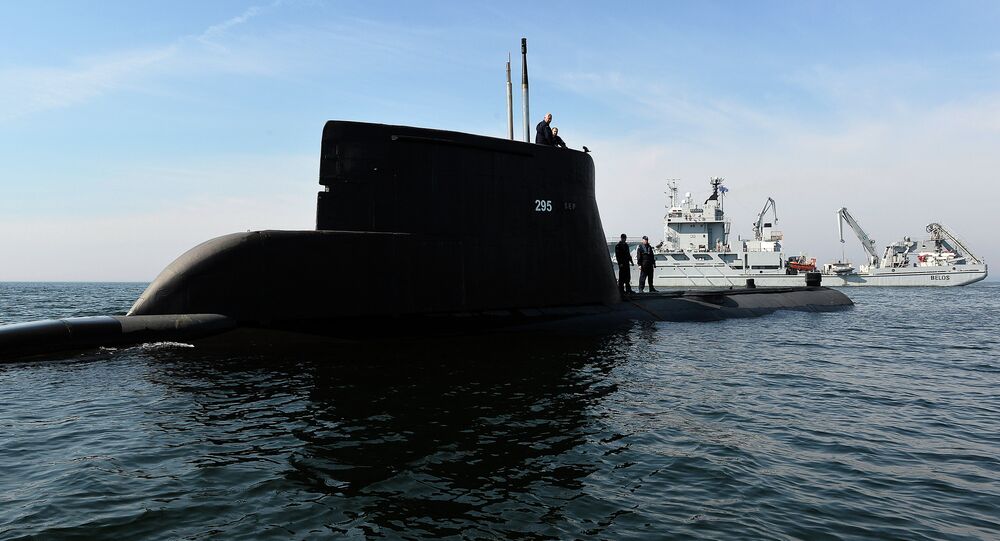 Finland and Sweden have a traditional reputation for being non-aligned, yet both are being pushed towards NATO amid exaggerated suspicions of Russia's aggression. Constant fear-mongering has led to marked swings in public opinion, which politicians are trying to exploit, as both countries are slowly approaching full membership.

© AFP 2021 / Patrick Tragardh / SCANPIX
By Hook or by Crook: Swedes May Use Brexit as Pretext to Join NATO
Over the recent years, Stockholm and Helsinki have come as close to NATO as one can get without actually being a member. Both have participated in NATO operations in Afghanistan for several years and play and active part in NATO exercises. NATO Secretary General Jens Stoltenberg has repeatedly called this scenario an "expanded partnership."

Whereas Finland's President Sauli Niinistö made previously clear that a popular referendum is a necessary prerequisite for Finnish NATO membership, researcher Magnus Christiansson at the Swedish National Defense University, believes the situation is not the way it is being put. According to him, Finland will never become a NATO member, unless Sweden sets an example.

"I believe that Finland joins NATO if Sweden does, but unless Sweden goes first," Christiansson told the Finnish national newspaper Hufvudstadsbladet during the SuomiAreena political summer event.

© Flickr / Defence Images
'Neutral' Sweden Gets Ready to Embrace NATO, But What Else is New?
Earlier this year, a Finnish security report arrived at the conclusion that the two countries should either both join NATO or stay of the alliance for their own good. Christiansson has been a vocal supporter of NATO, seeing it as the only practical way forward. At present, however, no immediate progress may be made, as both Sweden's Red-Green and Finland's Center-Conservative government oppose joining NATO and the public opinion remains split, Christiansson admitted.

"If the Conservative Alliance in Sweden promises to submit a NATO application once they win the election, there is really is no need for a referendum. But I doubt if they wish to do so, as the public support is insufficient," Christiansson said.

Of late, Sweden's Conservative Party has included NATO membership to its election agenda. According to estimates by former Conservative Prime Minister and Foreign Minister Carl Bildt, who is regarded as one of Sweden's foremost "hawks," Stockholm will have to become a NATO member within 10 years, the Swedish newspaper Dagens Industri reported.

The four new rotational Nato battalions in the Baltic states and Poland increases stability for the entire region. Also for Sweden.

© Fotolia / DutchScenery
Flawed Logic: Swedish Writer Knocks Common Sense Into NATO Supporters
Nevertheless, according to Christiansson, the more probable scenario is that both Finland and Sweden will continue with their defense bilateral cooperation, an option, which is heavily advertised by the country's current military bosses. However, there are snags to be expected, Christiansson warned.

"The problem is that Finland and Sweden may end up having somewhat different interests in case of a conflict. Then we have built up a force that is useless. Had we both been NATO members, we would not have had that problem," Christiansson pointed out.

Despite his vocal support for the NATO cause, Christiansson admitted that the membership implies both rights and obligations.

© AFP 2021 / JANEK SKARZYNSKI
Better a Good Quarrel? 'Peaceful' Norway Seeks NATO Buildup in the North
"There is no such thing as a free lunch, and all members also have their obligations. The membership means that we must be able to stand up for others," Christiansson said.

Public support for the idea of Sweden becoming a NATO member has dropped from 41 to 33 percent in less than a year, a poll by Svenska Dagbladet revealed. Similarly, recent polls show that Finns too have cooled off to the idea of holding a referendum on NATO. Polls commissioned by national broadcaster MTV indicated that 42 percent of Finns support the idea of a referendum on Finnish NATO membership, Hufvudstadsbladet reported.