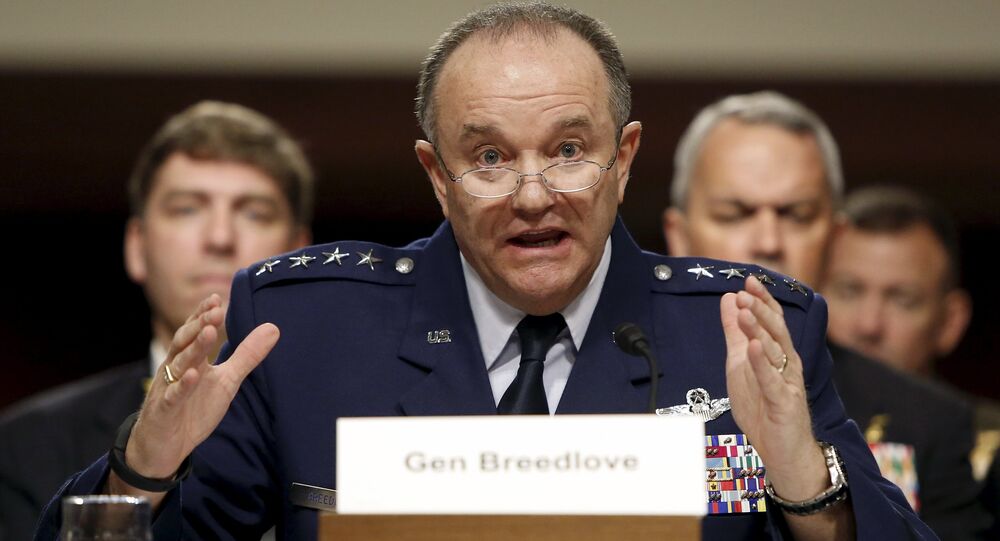 The United States and Russia must find the means to move forward in their difficult relationship through open dialogue, but the time is not right, according to former US commander of NATO Gen. Philip Breedlove.

WASHINGTON (Sputnik) — The United States and Russia must find the means to move forward in their difficult relationship through open dialogue, but the time is not right, former US commander of NATO Gen. Philip Breedlove said.

"I have said more than once that we need to find a way to have…a meaningful, purposeful, and transparent conversation with Russia. We are not there yet," Breedlove stated at a State Department forum on nonproliferation.

The former NATO commander was asked to give his thoughts on the recent US proposal for increased military and intelligence coordination with Russia in combating terrorist threats inside Syria.

Though he declined to "enter that political conversation," Breedlove noted that the United States, along with the NATO alliance, must engage Russia from a position of "unity and strength," and expects from Russia "cooperation and good behavior."

Formal military cooperation between Washington and Moscow was suspended in 2014 following the reunification of Crimea with the Russian Federation.

Breedlove, who left his command in Europe in May, oversaw the recent buildup of NATO forces in eastern Europe and the Baltic States as a deterrent against Russia.

Moscow has repeatedly warned that the US and NATO military build-up on Russia’s borders is a provocative and can have a regional and global destabilizing effect.

Syria Moscow-Cairo Group Calls on US, Russia to Agree on List of Terrorists