Saab's promotion campaign for the new Gripen E fighter jet has suffered major setback. It is therefore hardly surprising that Saab's leadership has been clutching at straws. Recently, the company has been pinning all its hopes of international triumph on Canada's indecision regarding the updating of its fleet of military jets.

© Photo : saabgroup.com
Sweden's Saab Suffers Setback Selling Submarines as Poland Opts Out of Partnership
The contest to become the chief supplier of fighters for Canada's air force is expected to be a tight one. Currently, five major aircraft manufacturers are vying for Ottawa's favor; Saab is only seen as an average competitor, yet its management is optimistic about the outcome.

"Canada says that positions at the starting grid are equal for all competitors," Saab's CEO Håkon Bukshe told the Swedish newspaper Svenska Dagbladet.

When Canada's Liberal Prime Minister Justin Trudeau was sworn in last year, he promised to stop the country's order for 65 US-build F-35 Joint Strike Fighters, citing problems with the price tag. According to The Engineer, the fully developed aircraft will set potential buyers back over 100 million dollars each, even without a motor. Others expressed concerns that the final cost may rise even higher.

​The Canadian government is therefore on the lookout for cheaper alternatives to their current CF-18 Hornet aircraft, which were purchased in the early 80s and are a variant of the McDonnell Douglas F/A-18 Hornet. Initially, the idea was to replace them as early as in the 2000s, but serial avionics uprgrades have extended the plane's service life to 2020.

© AFP 2019 / FABRICE COFFRINI
High Hopes: Saab Expands to Brazil, Hopes to Woo Finland
At present, the Boeing F/A-18E/F Super Hornet, which was developed in the 90s as a replacement for the F-14 Tomcat, is being touted as the hottest competitor. Canadians might also be interested in buying the EA-18G Growler, which is a variant of the Super Hornet, designed for electronic warfare.

Another promising candidate from Boeing is the company's F-15E Strike Eagle, which according to many experts, suits Canada best, but is also a more expensive alternative.

Besides Saab, there are two more European contestants. One is the EADS/BAE consortium with its Eurofighter Typhoon: its main strength is that is used by a number of NATO heavyweights such as Great Britain, France, Germany, Spain and Italy. The other one is Dassault Aviation's Rafale, which has had difficulty reaching export success, but is also nevertheless used by Egypt and Qatar outside France.

© Wikipedia / U.S. Navy
Friendly Fire: Norway Sinks Swedish Submarine Deal
So far, the Gripen's biggest competitive advantage has been the price tag. A single Gripen plane costs on par with a Super Hornet (the next cheapest variant), but is considerably cheaper to run. The Gripen has been used for many years in Sweden, a country that has a comparable climate to Canada. Besides, deals with NATO countries such as Hungary and the Czech Republic were reached. Additionally, Saab announced earlier this week that the new Gripen E will be the world's first combat aircraft equipped with the new European MBDA Meteor BVRAAM missile.

So much for the Gripen's advantages. Unlike the Super Hornet, the Strike Eagle and the Eurofighter Typhoon, the Gripen is single-engine only, whereas the Canadians openly said they preferred a twin-engine fighter. On the other hand, the Joint Strike Fighter, Ottawa's initial pick, is single-engine, too. 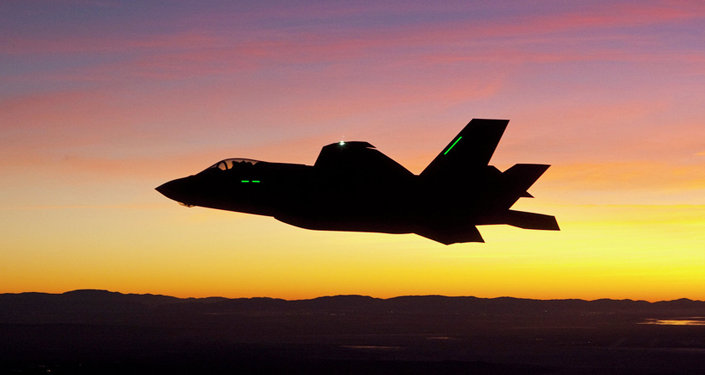 © Flickr / US Air Force
Technical Foul: Denmark Omits Important Data to Secure F-35 Deal
Lastly, Saab has no major production in Canada, and it is doubtful that the Swedish aircraft manufacturer could cope with such a mammoth order. Switzerland and Brazil, which earlier ordered the new Gripen E, solved this problem with a provisional lease contract, but it is doubtful that Ottawa finds such a solution attractive enough.

If Canada were to buy the Gripen, Ottawa would have the largest Gripen fleet in the world. Originally, the plan was to buy 65 Joint Strike Fighters, compared with the 60 Gripen E the Swedish Air Force ordered to replace their outdated fleet.

Previously Saab suffered a number of international setbacks, the most painful among them perhaps being refusals from Sweden's Nordic peers. Norway, Finland and Denmark have all turned down the Gripen at various stages.