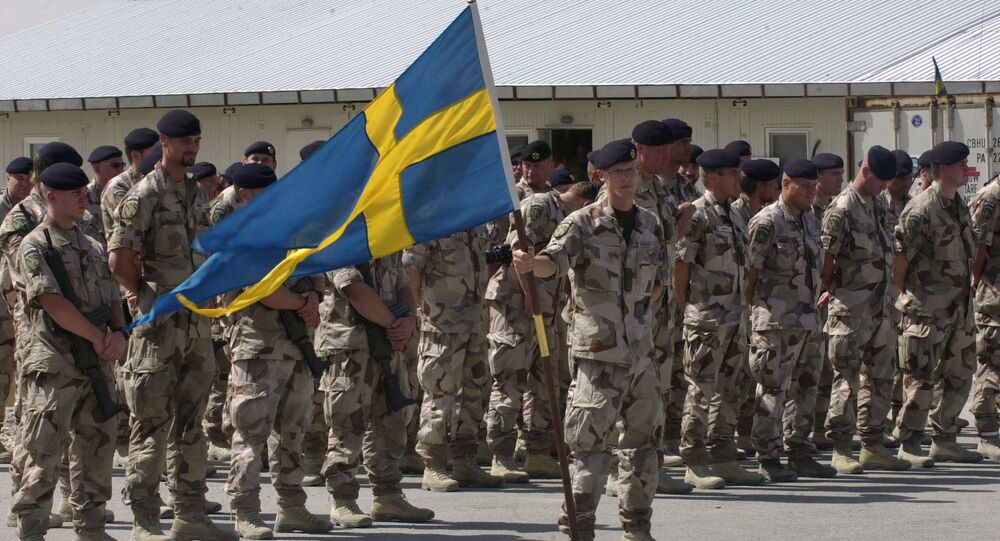 Hardly had Sweden's Red-Green coalition government voiced plans to double the Swedish military force in Iraq before it came under fire for both acting one-sidedly and doing too little to mitigate the situation in war-torn Iraq.

Hultqvist simultaneously brushed away the public criticism of Sweden's increasing involvement in NATO's international affairs, suggesting Stockholm wasn't about to drop its time-tested non-alignment policy, despite detractors claiming that it is inching closer to NATO.

"We contribute to the coalition and this falls within its scope of our work. It has been an appreciated contribution," Hultqvist said.

Today, the Swedish Armed Forces in Iraq are busy training the Kurdish Peshmerga, which is one of the premier forces involved in the fight against Daesh (ISIL/ISIS). Sweden is positive about the request from the US-led coalition to double its personnel in northern Iraq from 35 to 70. Additionally, Sweden is ready to contribute a medical team.

In the meantime, many reproached Sweden's modest military plans. The Swedish government was blamed for both failing to secure the other parties' backing of the reinforcement and actually doing too little for the Iraqi cause.

"When it comes to important international initiatives with a high risk of Swedish women and men being sent abroad, it is imperative to ensure broad support through talks with parties," the Conservatives' defense spokesman Hans Wallmark told Swedish Radio.

© Sputnik / V. Kiselev
Under No Illusion: Norway, Denmark See Brutal Afghan Truth
Remarkably, however, some of the fiercest criticism so far came from the rear, as Chairman of the Defense Committee Allan Widman called the government's plans "inadequate."

"Today, the government and the defense minister describe this as one of the world's most serious security challenges. Therefore, there is room to do more than what the government is proposing," Widman said, calling for greater contributions, both with arms and transportation.

By his own admission, Widman has not yet tallied the cost, which in the long run may put Sweden's international involvement to a halt, as the budget for overseas operations is already overstretched due to increased expenditure in conjunction with Sweden's work within the UN Security Council.

"Now that we have a Security Council seat, it is expected that we contribute in various forms during the next few years, yet now we are already left with no resources to spare," Hans Wallmark pointed out.

© AP Photo / Matt Dunham
Norway Follows in US Footsteps, Ready to Deploy Aid to Syrian Rebels
Meanwhile, calls for a more determined involvement in Iraq keep coming from Sweden's Iraqi diaspora, who number in the hundreds of thousands.

"Sweden has a unique opportunity during its Presidency of the UN Security Council to do something above the marginal. With so many Iraqi-Swedish, whose number is about to reach 300,000, Sweden needs to act for a sustainable and lasting peace solution in Iraq," Iraqi-Swedish politician Abir Al-Sahlani of the Conservative Party wrote in her recent opinion piece in Svenska Dagbladet, advocating a peacemaking UN intervention amid the Iraqi government's powerlessness.

Following the US-led invasion of Iraq in 2003, the country was left defenseless against infighting, terrorism and sectarian violence, with thousands of people killed and millions forced to flee.