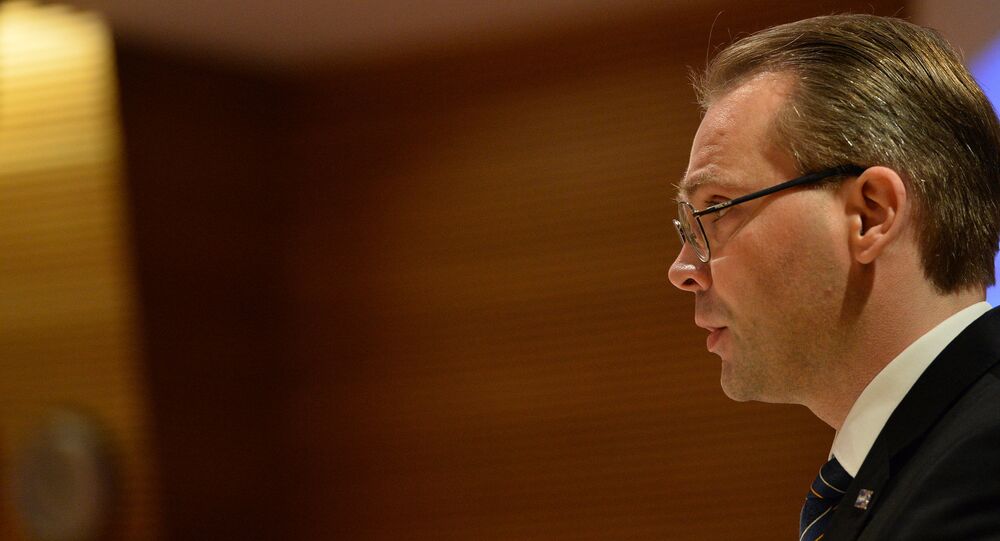 Finnish Defense Minister Jussi Niinistö has landed in trouble after a defense deal with the UK he notoriously signed during the NATO Summit in Warsaw. Remarkably, the critics had no trouble with the deal itself, the main complaint is that it was reached in utter secrecy.

Bilateral arrangements are, by definition, important for the committee. In this case, the importance is enhanced due to the upcoming Brexit, Kaikkonen wrote in his blog. Defense Minister Niinistö defended his failure to notify the committee by explaining that the document wasn't particularly important to Finnish foreign policy.

Kaikkonen said the Foreign Affairs Committee had the right to decide which foreign and security policies it was interested in. According to him, the committee had just before midsummer asked for — and was granted — the information from the Defense Ministry on a similar document on cooperation between the United States and Sweden.

"I think it would have been a very natural occasion for you to inform us that Finland was just about to sign a document on defense cooperation with the EU's main military power Britain," Kaikkonen wrote, recalling the constitutional obligation to inform the Foreign Affairs Committee on issues pertaining to foreign and security policy.

© AFP 2020 / ANDY BUCHANAN
Distress Calls: Sweden Seeks UK Assistance With Submarine Warfare
The Foreign Affairs Committee's Vice Chairman Pertti Salolainen of the National Coalition Party said that the Committee has been repeatedly forced to complain about the defense minister's failure to inform them in accordance with the constitution.

"The agreement with Great Britain is only the latest example in a long line of things. If Finland has defense agreements with other countries, it is important that we know it. A similar agreement with the United States is in the works. We demand that we get all the information about it," Salolainen said.

In Warsaw, Jussi Niinisto and his British colleague Defense Minister Michael Fallon signed an agreement, aiming to strengthen cooperation. The agreement includes join training and exercises, crisis management operations, as well as an exchange of information and standardization. The document contains no commitments in relation to a common defense.

© AFP 2020 / LEHTIKUVA / Markku Ulander
Brexit's Collateral Damage: Finns Buckle up for a Hard Landing
Earlier, the UK had brokered a similar bilateral defense cooperation agreement with Sweden in 2014. In June 2016, Sweden agreed to a 50-point cooperation program with Britain and a five-point cooperation plan with the United States. At present, Finland intends to take the cue from its Nordic neighbor and step up cooperation with the US. According to Niinistö, this may happen before the US general election later this year.

First Vice Chairman of the right-wing populist Finns Party Jussi Niinistö is particularly renowned for his hard line anti-Russian views. Last year, Niinistö advocated that Finland should reconsider its defense policy and re-militarize the Åland Islands, currently internationally recognized as a neutral and demilitarized zone, on account of a Russian threat.

Earlier this year he terrified his fellow Finns with a ludicrously dismal prognosis that a million migrants were ready to leave Russia for Europe.