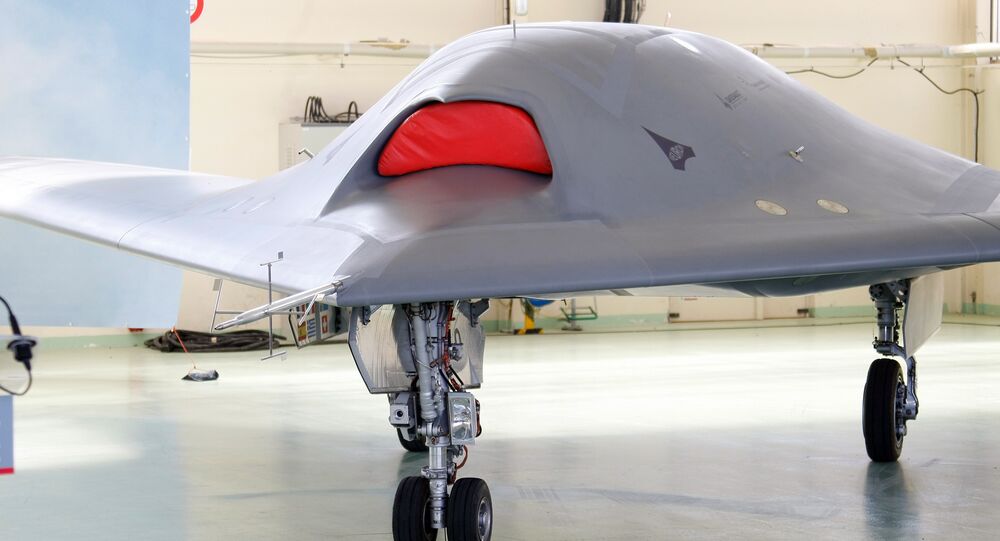 The Neuron technology demonstrator will be converted into a series of aircrafts including not only comparable combat drones, but also a future generation unmanned fighter jet.

© AP Photo / Tom Lynn
Sell Out: Bernie to Endorse Hillary Who Turned Free College into $9/hr Job
The French Air Force conducted initial sea trial of a demonstrator of the Neuron combat drone on July 6 according to a spokesperson for France’s defense procurement agency.

The demonstrator for the unmanned combat aerial vehicle flew out at sea for "about an hour" at some 1,000 feet, flying both with and without Rafale fighter jets. The flight test was a critical hurdle before the next-generation stealth drone reaches the production phase and is ultimately incorporated into the fleet.

France has high hopes for the unique electromagnetic flying wing stealth unmanned combat aerial vehicle (UCAV) with costs coming in at a staggering $27.6 million per unit comparable to the production cost of a fourth-generation fighter jet, but with high-grade technology that the French hope to use for future fighter jet projects.

The Neuron will undergo another series of tests at the DGA center at Bruz in Western France to evaluate the effectiveness of the aircraft’s electromagnetic stealth design with tests slated through early 2017 before the technology is converted for design of a future generation unmanned fighter jet.

As a technology demonstrator the Neuron itself will never be produced, but is a stand-in for a broader joint project between France, Greece, Italy, Spain, Sweden and Switzerland to convert the technology of the aircraft into a future generation autonomous stealth aircraft that may ultimately replace manned aerial vehicles altogether preventing fighter pilots from being faced with the dangers of war.

Ethicists express concern about the Neuron project saying that if fighter pilots are sitting behind a computer screen rather than in the cockpit of an aircraft the realities of war will be stripped away turning killing into little more than a videogame simulation with no direct risk to the operator.