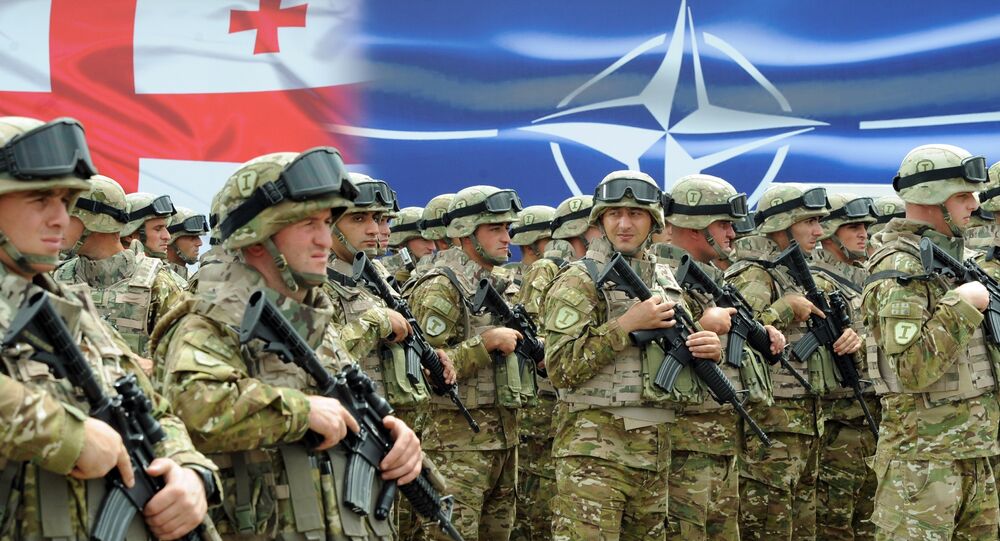 WARSAW (Sputnik) — Stoltenberg noted that NATO is working closely with Georgia as a partner and announced that "a meeting of the Georgia-NATO commission on the FM [foreign ministry] level" will be held in the future.

"When it comes to Georgia, we are working with it supporting their efforts to modernize its arms forces to reform and to meet the NATO standards… We have provided advices and also recently opened the training center in Georgia. It is a very strong signal, for example, of our cooperation. We welcome the progress that Georgia is making and we will continue to support it," Stoltenberg said.

© AFP 2021 / JANEK SKARZYNSKI
Poland Demands That Georgia Explain Its Refusal to Take Part in NATO Drills
At present, Georgia is a partner state of NATO. In 2008, Georgia applied for NATO membership, within the framework of which the joint commission has monitored Tbilisi's progress in complying to the military bloc’s standards.

Georgia's membership of NATO is expected to be addressed at the Alliance’s two-day summit in Warsaw, which kicked off on July 8.

Accession of Georgia Into NATO Carries ‘Colossal Risks for Peace’