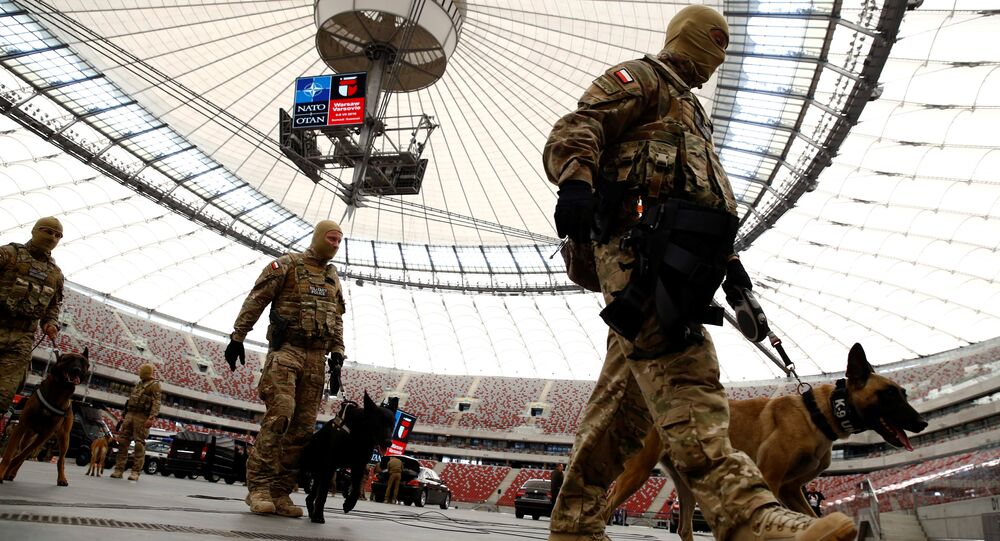 NATO battalions in Poland and the Baltic countries pose no threat to Russia, the head of NATO's military committee said.

MOSCOW (Sputnik) — According to Petr Pavel, the alliance needs to "satisfy the call of population for more security by responding even to potential threat."

"At the same time not to create the situation which would lead Russia to perception of threat from NATO and the need to create even more forces in region. So, we believe that the level we have opted – which means battalion level for each country – is well below threshold of any military threat to Russia," he said.

© AFP 2021 / DANIEL MIHAILESCU
Ultimatum? NATO 'Won't Need to Increase Military Presence' if Russia Stops Building Up Its Troops
NATO does not consider battalions to constitute "significant combat forces" and finds its deployment of battalions in Poland and the Baltics to be fully in line with NATO-Russia agreements, according to the chairman.

"We always wanted and still want to react in a proportionate measure. So that’s why we always had in mind NATO-Russia Founding Act, talking about significant military combat forces. While probably no one can consider a battalion as a significant combat force," Petr Pavel told RIA Novosti.

"And even though we do not find any specific definition of ‘significant combat force’ it is understood by both sides that such a significant force could be considered somewhere from a brigade and above. So when we talk about battalions we believe that first of all we are fully in line with NATO-Russian Founding Act and also that our measures are proportionate and well below the threshold of any escalation," he added.

'Several Thousand Soldiers From US, NATO' to Be Deployed in Poland

Canada to Upgrade Jets Due to Inability to Meet NATO, NORAD Commitments