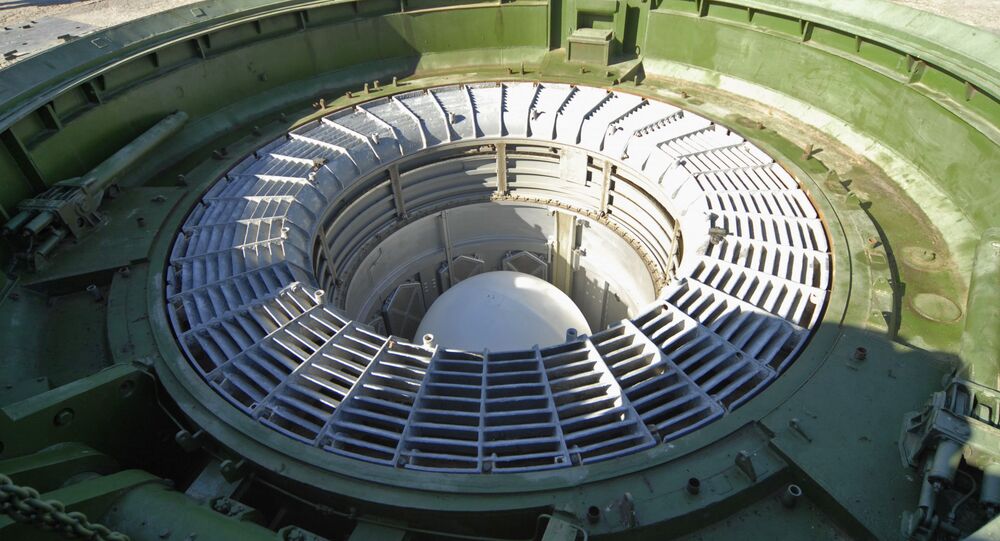 Russia has started large-scale preparations for flight tests of the new “Sarmat” heavy intercontinental ballistic missile which is set to join the service by 2018.

“These missiles have been in service for more than 25 years, with each of them able to deliver ten megaton nuclear warheads at a distance of more than 11,000 kilometers, guaranteeing inevitable retaliation in the event of aggression against Russia,” news website Izvestia reported Esin as saying.

The main requirement of the prospective missile is to improve power performance, for example, to overcome the existing and prospective US missile defense system, the expert explained.

“The improved power should allow strikes on targets not only across the North but also the South Pole. Thus the launch range should increase significantly compared to its predecessor. In addition, the improved power characteristics should enable the missile to overcome any anti-missile systems.”

According to the expert this is achievable as Sarmat will gain improved fuel formulation and design. However, the question remains how to actually verify that the new missile will be able to hit targets in the other hemisphere.

“As a rule, our missiles were tested using Plesetsk — Kura trajectory or Baikonur — Kura. The range of such a flight does not exceed 7,000 kilometers, while many of our missiles on tactical and technical characteristics fly well over 12,000 kilometers. In this case, our military must fire from the north to the area near the Hawaiian Islands. The test is difficult, but it is necessary,” Esin explained.

The test for the “maximum speed” is still one of the most difficult stages of tests flight of all the previous ballistic missiles.

During the Stability 2008 drills,  the ballistic missile of the submarines R-29RMU2 Sineva set a world distance record  by covering a distance of over 11, 000 kilometers. It was launched from the Barents Sea and flew to the area west of Hawaii.

According to the former deputy head of the Defense Council of the Russian Federation and now the deputy director of the Institute of USA and Canada, Pavel Zolotarev, adopting a missile with a range of more than 11,000 kilometers without checking its actual characteristics is simply unacceptable today.

“History has taught our military commanders and designers not to rely on just theory. It is clear that if we want Sarmat to have the whole world under its “sight,” we need to be sure of its actual performance,” Izvestia reported Zolotarev as saying.

The State Rocket Center named after Academic V.P. Makeev, where the missile is being constructed, definitely has the right expertise in creating intercontinental missiles.

“However, as was the case with the ‘Siniva’ missile, everything should be checked practically,” he further said.

Russia, US Agree Number of Ballistic Missile Tests in 2016