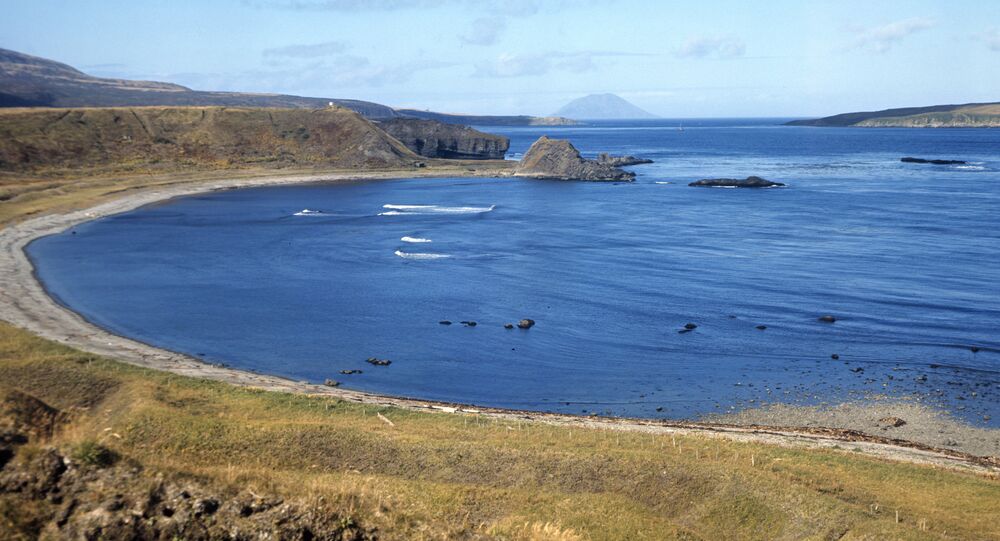 Matua is an advantageous location for a new base of the Russian Pacific Fleet. The new facility will enhance Russia's strategic capabilities in the Pacific region, analysts said.

Russia will this year start construction of a new Pacific Fleet base on Matua in the Kuril Islands chain.  In May, the Defense Ministry along with the Russian Geographical Society sent a research expedition to Matua Island.

During World War II, Japanese forces were deployed to the island, including nine machinegun and artillery bunkers.

According to the expert, Matua is an advantageous location for a stationing base for the Pacific Fleet.

© Sputnik / Alexander Liskin
Why Russia Needs New Naval Base on Kuril Islands
"Matua is large enough to have an airfield with a good operative capacity. It is also suitable as a naval stationing base. All of this could be built within three years," Sivkov said.

He added that construction of a large-scale naval base including a repair facility, houses for personnel, and warehouses for ammunition and equipment, would take up to 20 years.

However, it is necessary to explore the island because there may be stockpiles of Japanese ammunition from the WWII period.

"There is a lot of military scrap metal on the island, especially in the underground facilities. At the same time, former Japanese fortifications could be used by the Russian military. Anyway, a new naval base of the Pacific Fleet on Matua is very positive," the analyst concluded.

The new Russian naval facility would significantly change the military and political balance in the Pacific Region, Ivan Konovalov, director of the Center of Strategic Environment, underscored.

"A new base will be a concern for the United States. President Barack Obama announced a strategic shift to the Pacific. This is why Washington will not be happy about a new Russian base in the region," he said.

At the same time, the base will not affect relations between Moscow and Tokyo, especially over Japan’s claims for the so-called Northern Territories in the Kuril chain.

© Sputnik / Alexei Danichev
Russia's Pacific Fleet to Order 6 New Diesel-Electric Submarines - Navy's Deputy Commander
"Matua is not one of the four islands claimed by Japan. It was chosen specially to allow for maneuvers in the negotiations between Moscow and Tokyo," Konovalov pointed out.

According to him, with a new airfield on Matua, the Russian long-range aviation would increase its capabilities in the Pacific. The US would respond, including building up its regional forces and intensifying cooperation with Japan and South Korea.

"The military and political situation would be changing, taking into account the standoff between Japan and China and tensions between the US and China. A new military alliance may be established," he suggested.

"The base on Matua will be Russia’s easternmost outpost. Russia will have another trump card in any possible regional or political dispute. It’s better to showcase force than to use it. This is why the new base will help Russia resolve tensions and crises in the Pacific," he said.