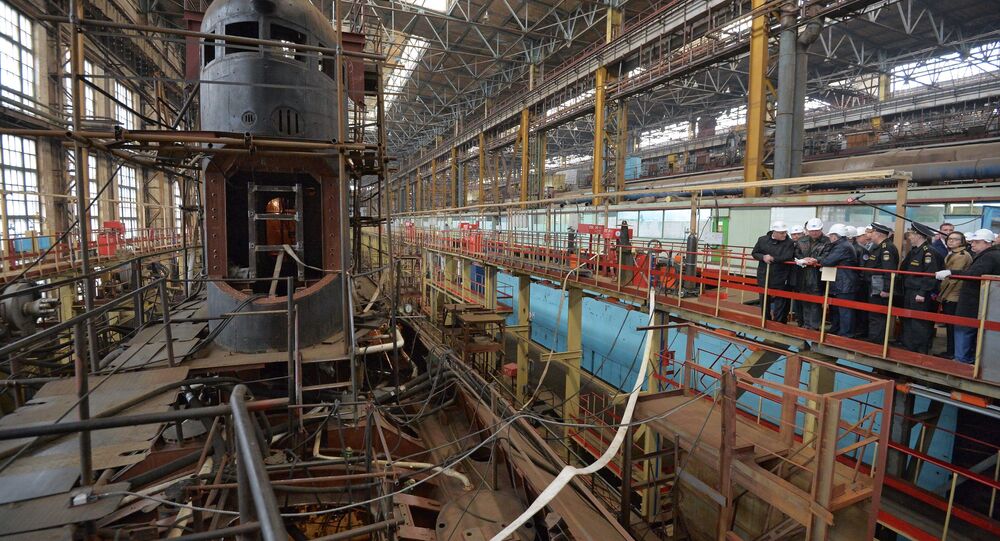 VLADIVOSTOK (Sputnik) — Russia on Friday held a ceremony of laying the keel of Rezky corvette at the shipbuilding plant in the Far Eastern city of Komsomolsk-on-Amur, the press service of the Khabarovsk Territory's government said in a statement.

"Today the official ceremony of the beginning of construction of a new ship — Rezky multipurpose patrol corvette of a littoral zone — took place at the Amur Shipbuilding Plant. The event was dedicated to the 80th plant's anniversary," the statement said.

© Photo : Youtube/Sputnik
Naval Glory: Russia Commemorates Founding of Its Pacific Fleet
According to the statement, Rezky is the fourth corvette, which is constructed at the plant for the needs of the country's Pacific Fleet, and is expected to be handed over to the Navy in 2019.

Rezky, the Project 20380-class corvette designed by Russia's Almaz naval design bureau, is optimized for antisubmarine and surface warfare as well as to support land operations.