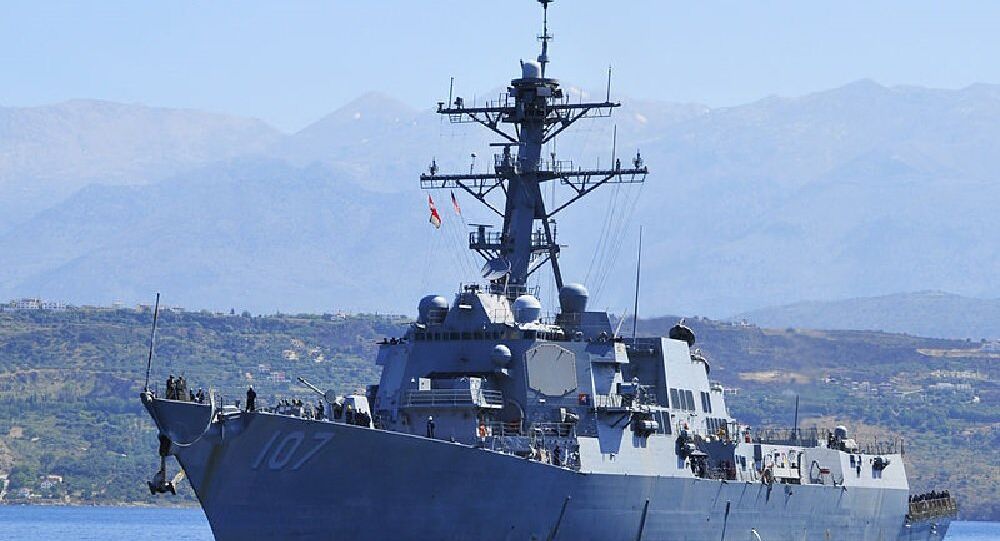 US Destroyer Tried to Repulse Russian Frigate From Carrier - Admiral

Dangerous maneuvering of a US destroyer near a Russian frigate was part of the US Navy tactics to repulse any ships from a US aircraft carrier, a former Chief of Staff of the Russian Navy said on Thursday.

US military responded to Russia's stance that during the incident, the Yaroslav Mudry frigate had displayed the signal restricted in maneuvers, but changed its speed to approach to the US ship after Gravely had changed both speed and course.

"It is the tactics of US Navy ships of the escort carrier battle groups. In this case, the [US] Harry Truman carrier was in the Mediterranean Sea, laid on the combat course….for aircraft training exercises. The destroyer of his escort, Gravely, took a dangerous maneuver to "fight off "a Russian ship from an aircraft carrier, " Adm. Viktor Kravchenko told RIA Novosti.

He recalled that in 1992 Russia and the United States signed an agreement on prevention on and over the seas, however, the agreement did not specify the parameters, which can determine the danger level of ships' convergence.

"However, there is such a thing as a maritime culture that prescribes that a ship with larger displacement tonnage [Gravely] should behave more carefully with respect to a ship smaller displacement. The Americans have ignored it," the navy officer said.

Following the incident, the US Department of Defense said it was in contact with Moscow over the issue.