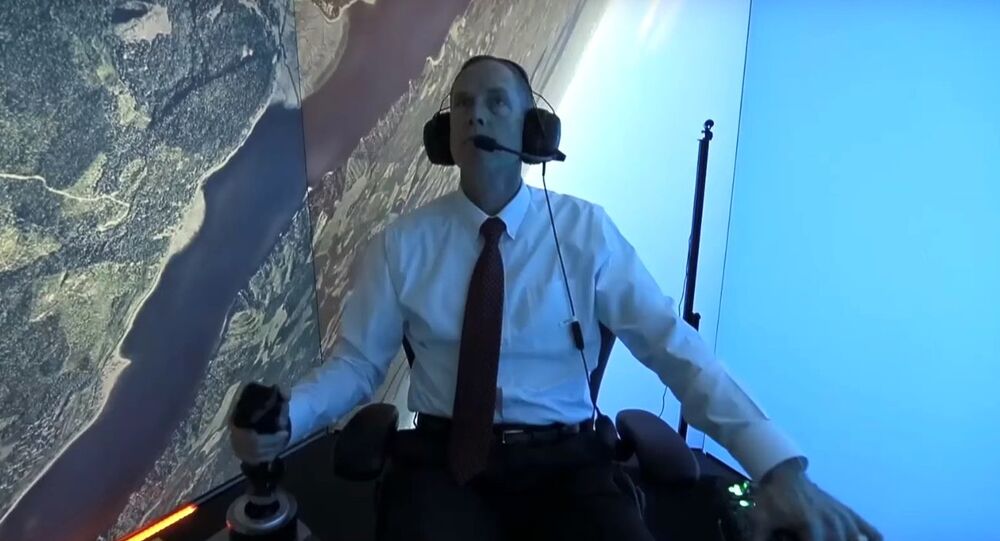 A new artificial intelligent (AI) pilot called ALPHA recently took on - and defeated - a retired US Air Force Colonel in an air combat simulator in the latest development taking AI another step closer to human intelligence.

YouTube/Politie
Gotcha! Dutch Police Train Squad of Drone-Catching Eagles
Colonel Gene Lee not only failed to kill ALPHA — but was repeatedly shot out of the airspace by the AI bot. According to Lee, ALPHA is "the most aggressive, responsive, dynamic and credible AI," to date.

ALPHA, whose destiny was once just to help train fighter pilots in simulated exercises, has proved to be so good that the Air Force Research Laboratory (AFRL) is investigating whether the bot could provide the AI blueprint for combat drones in the future, potentially flying missions alongside human pilots.

"Even flying against other pilots when ALPHA has severe handicaps to a number of its systems — including speed, turning, missile capability and sensors — it is able to win," Earnest said.

​"There is additional work to be done to both increase ALPHA's capabilities and improve its model fidelity — but these results represent a significant breakthrough," said Earnest, University of Cincinnati graduate said.

​The genetic algorithm, "is utilized to train each system in the Fuzzy Tree simultaneously," Nick Earnest said in an article published in the Journal of Defense Management.  The code trains interconnected "fuzzy inference systems," (FISs).

Earnest, who now runs Psibernetix Inc — which developed ALPHA — and his co-authors wrote:

"Each FIS has membership functions that classify the inputs and outputs into linguistic classifications, such as 'far away' and 'very threatening,' as well as if-then rules for every combination of inputs, such as 'if missile launch computer confidence is moderate and mission kill shot accuracy is very high, fire missile.'

"By breaking up the problem into many sub-decisions, the solution space is significantly reduced."

Essentially, the development and success of ALPHA in virtual combat roles elevates the question whether AI will replace the need for skilled combat pilots to the top of the virtual agenda.

It's no longer all about video games — but another step closer to the moment AI officially takes over human intelligence, as forewarned by Google Inc's Ray Kurzweil and Tesla owner Elon Musk.

Judgement Day may actually be closer than we think.

Meet the Woman Behind the Voice of Apple’s Siri