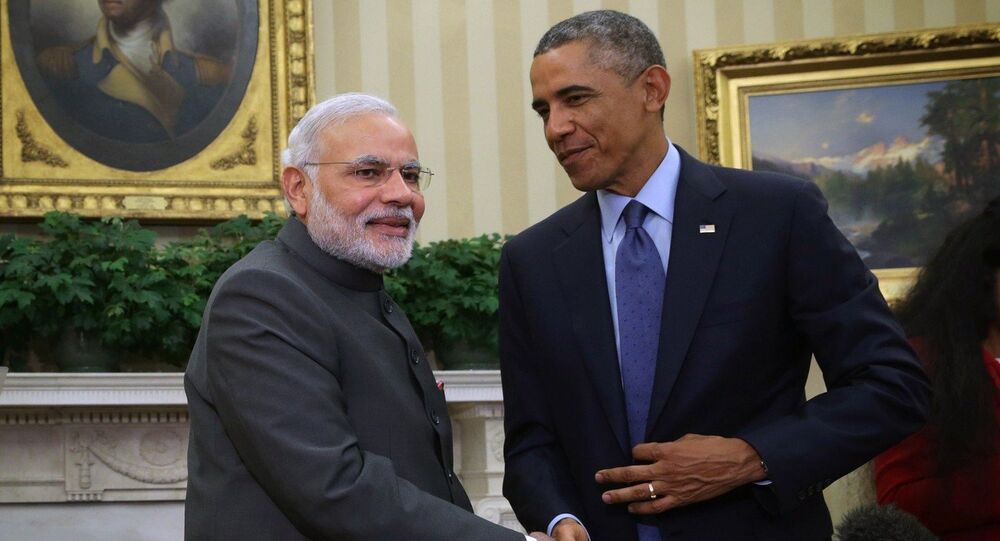 White House: India Will Enjoy 99% of US Defense Technologies

According to a senior White House official, India will gain access to almost 99 percent of US defense technologies after it is recognized as a ‘Major Defense Partner’.

Earlier this month, after a meeting between US President Barack Obama and Prime Minister Narendra Modi at the White House, the US, in a joint statement, recognized India as a ‘Major Defense Partner', a status coined specifically to mark unique level of military cooperation between two nations.

According to a senior Obama administration official, "India [now] enjoys access to [defense] technologies that is on a par with [US] treaty allies. That is a very unique status. India is the only other country that enjoys that status outside [US] formal treaty allies."

The official estimated this access as "99 percent" of all US defense technologies available.

"[In reality], less than one per cent of all exports [requests] are denied [to India]. They are not denied because of India. They are denied because of global U.S. licensing policies. We do not share certain technologies with anybody in the world," the official added, referring to an idea shared in New Delhi that this denial is reflective of the India-U.S. relationship.

According to the joint US-India statement made during President Obama's visit to New Delhi, India would receive license-free access to a wide range of dual-use technologies in conjunction with unspecified steps that New Delhi has committed to taking to advance its export control objectives.

Ashley Tellis of Carnegie Endowment for International Peace, a top American think-tank, says that this special status is "meant to recognize that although India will not be an alliance partner of the United States, the administration seeks to treat it as such for purposes of giving it access to advanced technologies of the kind that are reserved for close US allies."

"It is intended to signal to both the outside world and to the US bureaucracy that oversees licensing that India is viewed as a unique collaborator and will be treated as such where access to advanced technologies are concerned," he added.

"India desires advanced US technology today, while the U.S. would like more clarity on the specific operations India may be willing to undertake in the future to contribute to regional security," says Richard M. Rossow, Wadhwani Chair in US India Policy Studies at the Centre for Strategic and International Studies, another top American think-tank.

"But the term ‘Major Defense Partner' does not automatically trigger a specific process or program in the U.S. system," he added.