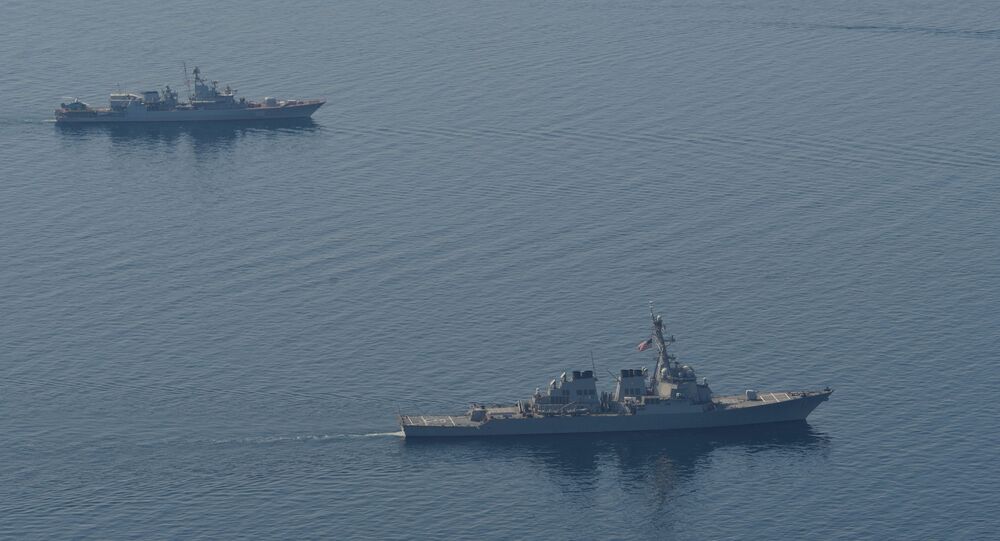 NATO is "refining" its maritime presence in both the Black and the Baltic seas and is looking into ways of enhancing its role in the Mediterranean, NATO’s Deputy Secretary-General Alexander Vershbow said Thursday.

© AP Photo
Steinmeier's Warning Against NATO Military Buildup 'Touched on Sore Place'
MOSCOW (Sputnik) — He added that the Alliance must maintain its maritime ability to protect freedom of navigation in the Atlantic Ocean and the Mediterranean Sea.

"NATO’s maritime capabilities are essential… There is still work to be done… But we are refining our presence in the Baltic Sea and the Black Sea, and exploring a greater maritime role for NATO in the Mediterranean Sea – including in support of the European Union’s Operation Sophia," Vershbow said, while addressing the Portuguese parliament.

The Operation Sophia was launched in June 2015 in response to the migration crisis in Europe as hundreds of thousands of refugees fled from the Middle East and Northern Africa to EU member states.