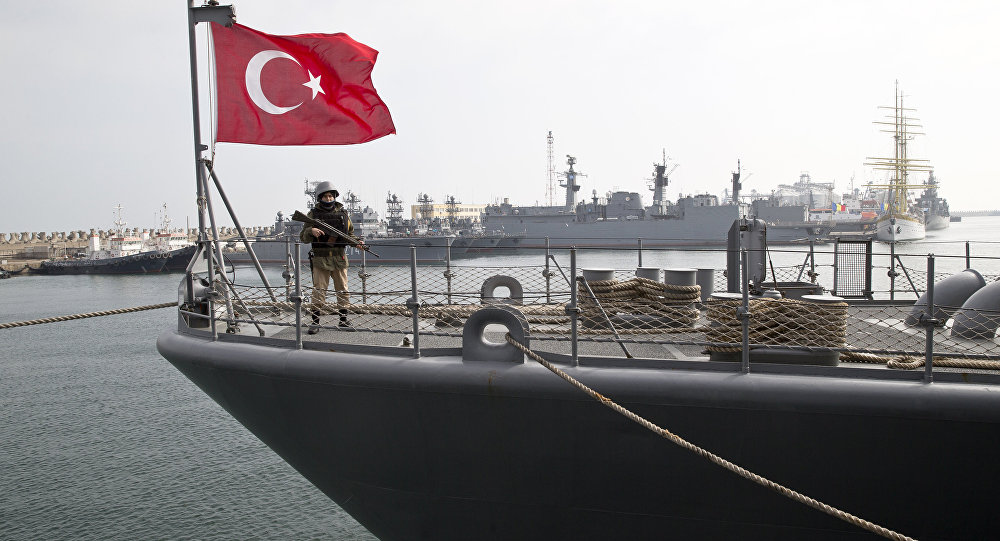 In a lavish ceremony, Turkey unveiled its third naval corvette over the weekend, with a fourth on the way.

Turkish President Recep Tayyip Erdogan appeared at the launch of the TCG Burgazada, Ankara’s new Ada-class corvette, declaring it the latest sign that Turkey is approaching military self-sufficiency. The launching of the country’s third corvette comes eight years after the first, the TCG Heybeliada, was launched.

Built under a program called MILGEM, the corvettes have a displacement of roughly 2,400 tons and will be used in anti-submarine, patrol, and search and rescue missions. They are equipped with a 76mm gun and a range of missiles and torpedoes.

With a maximum speed of 29 knots, Turkey’s corvettes have a range of 3,500 nautical miles.

Four additional ships are planned, and Turkish officials say these will be "more advanced and bigger vessels," according to Defense News.

Ankara wants to reduce its dependence on foreign militaries. The country currently produces 60% of its own hardware, up from 25% over a decade ago.

In addition to corvettes, Erdogan said that Turkey will soon "be in a position to make our own aircraft carriers." To that end, it has already teamed up with Spanish shipbuilding company Navantia, preparing to spend over $1.5 billion on a landing platform dock.

"Turkey has no obstacles to construct its own aircraft carrier," Erdogan said. "The current resolute government is capable of doing it. Turkey cannot become lazy in defense and military issues."

"These efforts will boost and upgrade border security in that area," one official, speaking on condition of anonymity, told Defense News.

The Turkish Naval Forces include over 20 frigates and corvettes and 13 submarines.