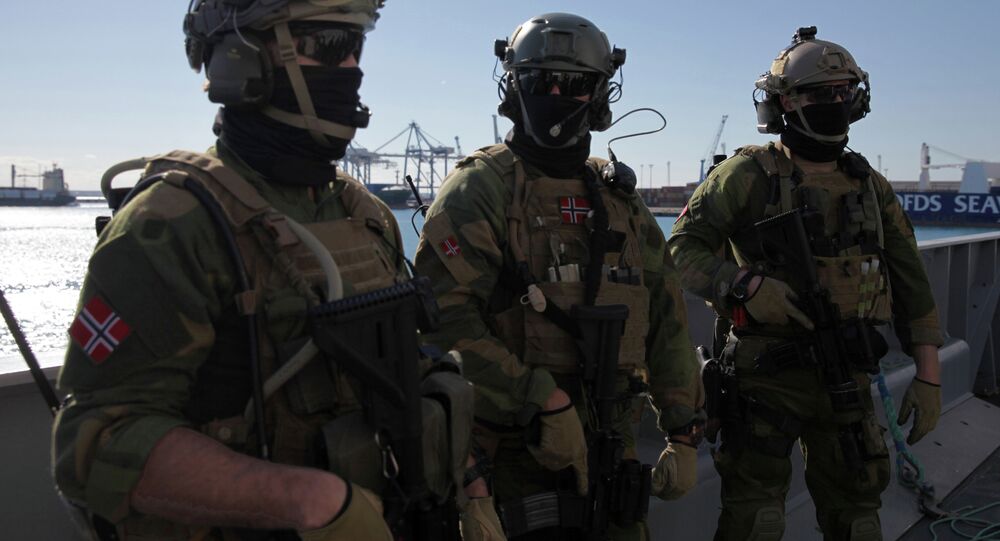 Last week, Oslo proudly presented its new defense plan. The idea behind Norway's biggest military upgrade effort since the end of the Cold War is to bolster its defenses against an "increasingly unpredictable" Russia, yet the defense plan came under fire from, among others, Norway's own experts.

© Flickr / Defence Images
Ten-Hut! Norway All Set to Become US Watchdog in the North
Remarkably, Oslo's bombastic defense plans, largely touted as a radical solution aimed at both slashing costs and boosting combat readiness, were slammed by home experts as extravagant and ineffective. In short, boosting the defense budget with a staggering 17.5 billion dollars is not enough, they claim.

"They give up absolutely everything along the coast. It creates a strategic hole and leaves an empty space," researcher Ståle Ulriksen of the Naval Academy in Bergen told Norwegian newspaper Aftenposten.

Ulriksen pointed out that plans to close down the Coastal Ranger Command, Naval Home Guard and eventually even coastal corvettes of the Skjold class was a particularly bad idea. According to him, this leaves the Norwegian coast virtually defenseless.

"Russian ships can hit Oslo and Bergen with rockets from Murmansk. But from Norwegian waters, can reach targets in Europe. From a fjord in western Norway, you can hit the UK, half of France and almost the entire country of Germany," Ulriksen said, epitomizing Scandinavia's unfounded fear of a "Russian threat."

© Flickr / The Municipality of Tromso
Out of the Blue: US Nuclear Sub Throws Norway Into a Panic
According to Ulriksen, disbanding crucial military structures and weakening coastal defense undermines Norway's defense capacity.

"It also makes it problematic to accept the allied reinforcements from the sea in the event of a war," Ulriksen said.

On the other hand, former defense chief Sverre Diesen hailed the long-term plan as a "decisive breakthrough for a more rational financing of the Armed Forces." He argued that the military budget hike was absolutely necessary to keep pace with the rapid technological developments. According to Diesen, this is also a premise for stopping the disintegration of Norway's defense capacity, which supposedly has been going on for the past 25 years.

However, even Diesen was highly critical of the decision to close down the Coastal Ranger Command, which he described as one of the military's "best and most valuable departments." According to Diesen, the future belongs to small and mobile forces, able both to deliver fire from their own weapons and point out targets for missiles and other long-distance precision weapons.

© Wikipedia / U.S. Navy
What Lurks in the North? Norwegian Navy Brags New Super Missile
NATO member Norway plans to purchase 52 F-35 fighter jets and four submarines, as well as new naval surveillance planes to replace its ageing fleet. The fighter jets are expected to become the backbone of Norway's future defense. In addition, the border guard against Russia strengthened with one ranger company. The extra expenditure is expected to bring Norway's military budget up towards the 2.0 percent of GDP goal fixed by NATO, without reaching it quite yet.

Norwegian Chief of Defense Haakon Bruun-Hanssen was very pleased with the plan. By his own admission, Bruun-Hansson got almost everything he asked for and his professional military advice had been listened to. Despite the cheerful rhetoric by Norway's high-ranking military officials, the future is far from rosy. To make budgetary ends meet, the Norwegian Armed Forces must save 40 billion kroner (almost 5 billion dollars).

"This is a significant challenge. We must accept it, roll up our sleeves and find good solutions," Bruun-Hanssen said.