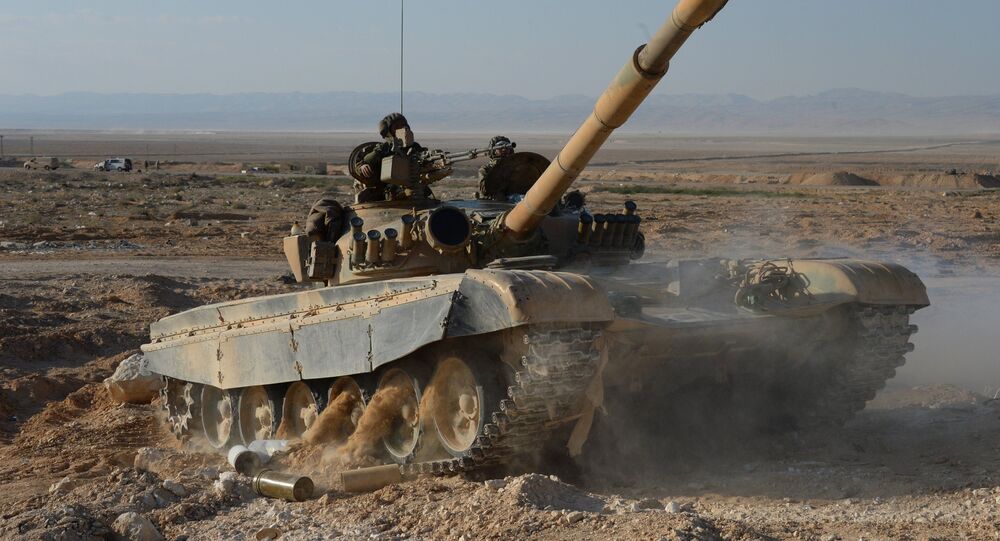 Battle Tanks Haven't Changed Much in the Last Four Decades

A century after their introduction to the battlefield, tanks remain a staple of combat ground forces; nevertheless, most armies only have modernized versions of tanks which have existed for forty years, according to military expert Ilya Kramnik.

© Flickr / Elentir
Jumping the Gun: Germans Insist Untested Weapon Can Destroy Russian Armatas
The next forty years will see the further modernization of the tanks created in the last quarter of the 20th century, military expert Ilya Kramnik was quoted by the Russian news website Lenta.ru as saying.

"I do not rule out that the soldiers of the future will be supported in action by the tanks used by their great-grandfathers," he said.

He added that more players have managed to foray into the tank modernization market in the past, in a move that Kramnik said can be attributed to an array of political and economic factors, including high prices for the production of new state-of-the-art tanks.

📷 bmashina: Israeli Magach 6 tank, a variant of the modernization of the American tank M60… https://t.co/wegGsSzfpZ

As an example, he referred to the modernization of the US M60 Patton tank produced by Raytheon, one of America's largest military contractors.
A key element of the modernization, dubbed The M60A3 Service Life Extension Program, is designed to increase the combat power of the tank through the installation of a 120-mm smoothbore M256 gun, which is due to replace the old 105-mm rifled M68 gun.

Additionally, the modernized M-60 will be equipped with a powerful new diesel engine, an advanced fire control system and more sophisticated armor. In this regard, it is worth noting that even updated version of the M60 will be unable to compete with Germany's Leopard 2 tank and Russia's T-90, according to Kramnik.

© AFP 2021 / JACK GUEZ
An Israeli Merkava tank rolls back from the Gaza Strip to an army deployment near Israel's border with the Palestinian enclave on August 3, 2014

With Jordan due to be the first to obtain the modernized M60 tanks, the Israel Defense Forces (IDF) are, meanwhile, already using this tank's updated versions, including the Magach 6 and the Magach 7.  As for the extensively upgraded M60 models used by the IDF, these include Sabra and the Merkava tanks, Kramnik said.

Touching upon the modernization of the Russian-made tanks, he mentioned the BMPT-72 developed by Russia's UralVagonZavod Corporation and built on the on the chassis of a T-72 battle tank.

Kramnik recalled that the multipurpose tank support combat vehicle BMPT-72 is fitted with a state-of-the-art guided weapons system and is capable of destroying infantry vehicles, enemy tanks and other armored objects, as well as helicopters.

As for foreign-made modernized versions of the T-72 tank, worth mentioning is the Croatian-made M-84D, which was built on the chassis of the Yugoslav-made M-84, a licensed copy of the Soviet T-72M tank.

Equipped with advanced armor, a more powerful engine and an improved fire control system, the M-84D is believed to be one of the best updated versions of the T-72, even though the M-84D was never mass produced.