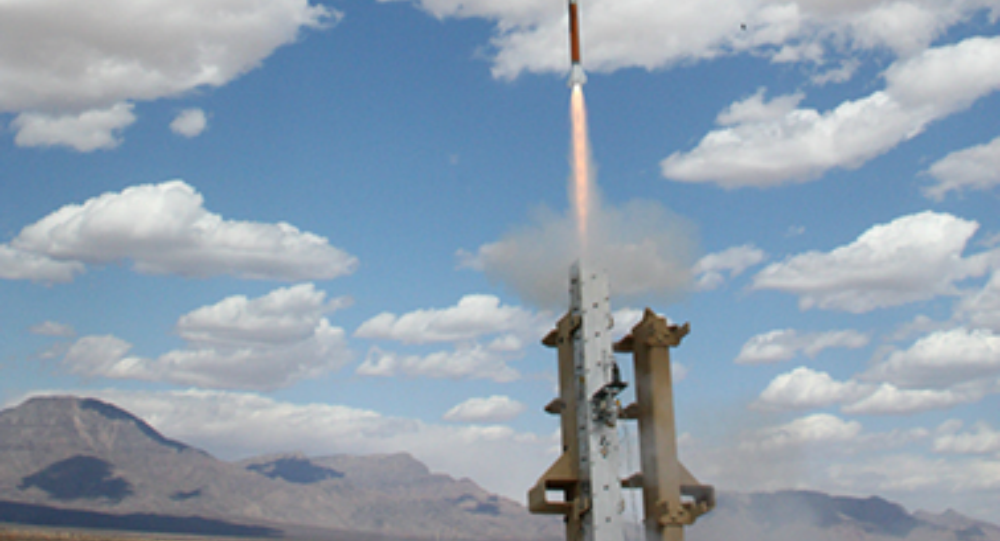 The defense contractor expects rubberstamp approval from the Pentagon and State Department to sell the weapon internationally despite concerns that the weapons system could fall into the hands of extremists.

Bob Delgado, the company’s international business director for air and missile defense, said in an interview with Defense News on Thursday that the MHTK missile can degrade threats from RAM and unmanned aircraft systems (UAS).

The RAM threat "has proliferated, it’s a very cost-effective threat," said Delgado. "Obviously the cost of mortars and rockets are extremely low, not something you’d want to engage with these large missiles."

Rocket and mortar attacks were the second-largest cause of death for US soldiers in Iraq, prompting the defense contractor to develop the MHTK weapon to shield personnel at a fraction of the cost. The US Army, however, backed away from the acquisition late in the process, citing the reduction in US troop deployments in Iraq and Afghanistan.

The MHTK weapon features a miniaturized missile that is 27 inches long, two inches in diameter and weighs 5 pounds at launch. The missile contains no active warhead, but instead uses kinetic energy to take out a target. One launcher can fit 36 miniaturized missiles and two launchers are able to fit in the back of a flatbed truck, providing portability to the rocket and mortar shield.

Delgado said that Lockheed has received interest in the weapon throughout the Middle East, potentially increasing the danger that this system could fall in the hands of extremists.

Given the potential risk to American interests in the Middle East, Lockheed must now seek approval from the US government for permission to sell the MHTK missile abroad.

Delgado said he expects the international sale to be approved by the US State Department and Pentagon officials.