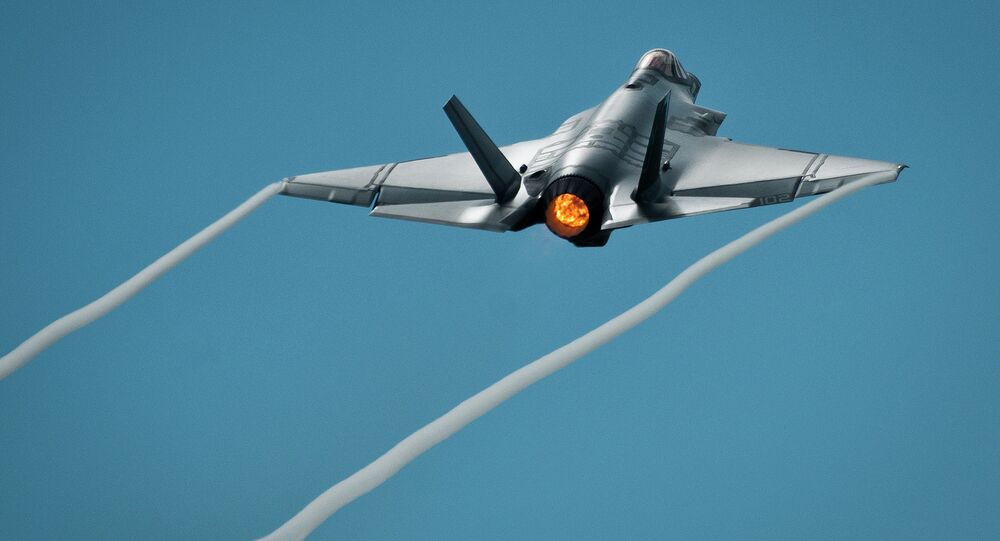 The defense contractor attempted to extort one of the most powerful sovereign countries in the world, warning that as many as 10,000 jobs would be lost if the country did not commit to purchasing a fighter jet that 'does not work.'

This weekend, American defense contractor Lockheed Martin threatened to exclude Canadian companies from production of the much maligned F-35 fighter jet if the Trudeau government decides to instead purchase a fleet of Boeing’s Super Hornet fighter jets.

"The F-35 does not work and is far from working," said Canadian Prime Minister Justin Trudeau during a June 7 parliamentary debate, blasting the fighter jet that has cost the Pentagon over $1.5 trillion. Despite this exorbitant price tag, the jet continues to spontaneously shut down mid-flight due to software glitches.

The fighter jet that cost US taxpayers more than the gross domestic product of Canada will not face an initial operational test and evaluation (IOT&E) until mid-2018, according to Pentagon reports. Due to this delay, Lockheed Martin will not complete production of a full fleet of F-35s until 2019 at the earliest and the aircraft may not be combat ready until nearly 2021.

Lockheed Martin attempted to mislead the public about the fiscal and battlefield realities surrounding the costly warplane, conducting a publicity tour across Canadian TV over the weekend to threaten the country’s people with economic reprisals amounting to several hundred million dollars and nearly 10,000 jobs.

"I don’t want it perceived as a threat, but we will have no choice: If Canada walks away from F-35, expect to relocate work in Canada to other purchasing nations," Steve Over, Lockheed’s director of F-35 internal business told the Canadian Broadcasting Corporation.

Canadian Defense Ministry spokeswoman Jordan Owens blasted the defense firm’s flagrant attempt at intimidation, maintaining that the government will decide on a fighter jet based on security needs.

"Despite Lockheed’s eagerness to send a spokesperson from Texas to Ottawa in order to game out hypothetical scenarios in the media, Canada remains a member of the Joint Strike Fighter program," said Owens.

The Joint Strike Fighter program is a development and acquisition alliance of the US, UK, Turkey, Italy, Australia, the Netherlands and Canada, under which the member states selected the F-35 Lightning II to replace various tactical aircraft.

The program has brought $610 million in contracts to Canadian defense contractors, but Ottawa argues that the JSF agreement does not tie them irrevocably to the F-35 in order to receive program benefits.

"According to the agreement, as long as Canada remains a JSF partner it is fully entitled to have its industry bid and get contracts," said Alan Williams, the former assistant deputy minister at Canada’s Department of National Defense. "There is no stipulation that Canada has to purchase the F-35."

Williams returned the threat to Lockheed Martin saying that any attempts to disenfranchise Canadian firms while the country remains a JSF partner and contributes its payments into the effort will result in immediate legal action against the defense contracting firm.

Lockheed Martin spokeswoman Cindy Tessier shot back that the defense firm’s position was that Canada’s involvement in the Joint Strike Fighter program was predicated upon "Canada’s stated commitment to the procurement of 65 jets."

The previous Conservative government led by Prime Minister Stephen Harper initially committed to purchasing 65 F-35s, but attempted to back out of the arrangement citing unforeseen costs and technical issues with the aircraft that made the acquisition impractical.