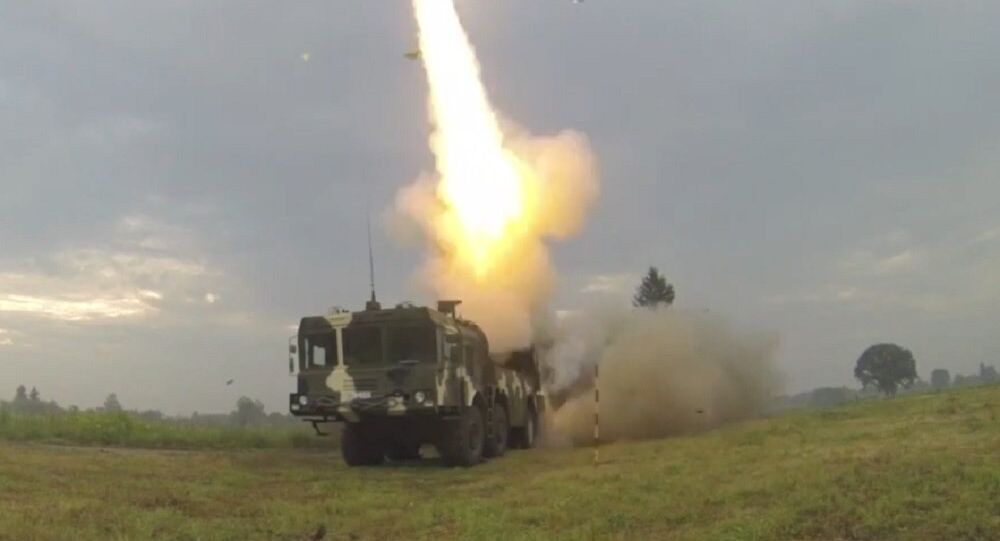 "This is a happy day is terms of security and defense. With a minuscule amount of funding allocated, our military was able to develop and test what has today become Belarusian-made missile armaments. The rocket systems have been launched," Lukashenko said during a meeting with Belarusian Prime Minister Andrei Kobyakov and National Bank of Belarus Head Pavel Kallaur, as quoted by the Belarusian Telegraph Agency (BelTA).

© Sputnik / Pavel Lisitsyn
Iron Fist: Russian Uragan Multiple Rocket Launcher Becoming Deadlier
The first missile hit its target with a 1.5 meter (5 foot) accuracy, while the second missile reached its target with a 10-meter accuracy, he added, praising the result and stressing that the system was created within the last two years.

The prime minister was instructed to award those contributing to the development of the missile system, according to the media outlet.

The Polonez system was first unveiled at the May 9, 2015 Victory Day Parade in Minsk.