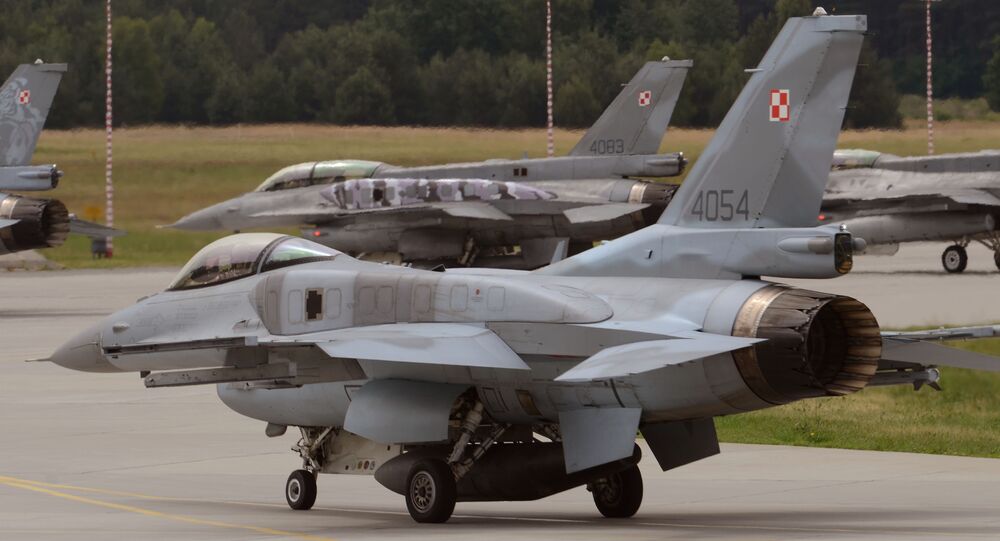 Poland is likely to send four F-16 fighter jets to take part in a reconnaissance mission in the Middle East prior to the NATO summit scheduled to be held in Warsaw on July 8-9, Polish Defense Minister Antoni Macierewicz said Wednesday.

"I hope that the four F-16 which are to take part in a reconnaissance mission, will be deployed at bases in the Middle East even before the NATO summit," Macierewicz said at a press conference following the NATO defense ministers' two-day meeting in Brussels, as quoted by the Onet news portal.

According to Macierewicz, all the preparations for the mission have been completed, the crew is ready for departure.

Syria has been in a state of civil war since 2011, with the army loyal to President Bashar Assad fighting several opposition factions and militant organizations, including Daesh, which is banned in Russia, the United States and many other countries.

A US-led coalition of over 60 nations has been conducting airstrikes on Daesh targets in Iraq and Syria since 2014.