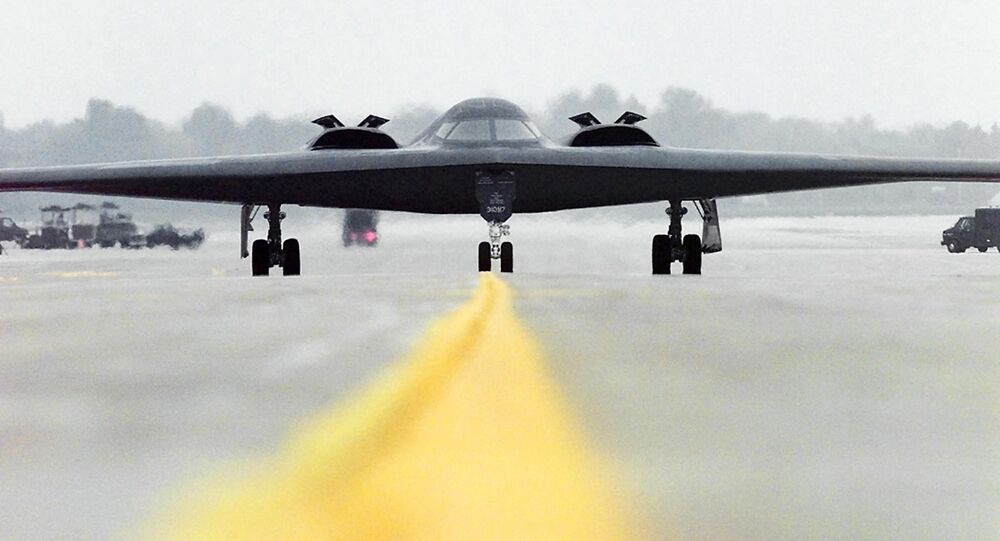 Next-Generation Bombers: What US, Russia, China Are Set to Roll Out

The US Air Force next generation bomber known as the B-21 is being developed by Northrop Grumman.

In May, it was reported that the USAF would announce the name for the new aircraft during its annual conference in September.

© AP Photo / Matt York
McCain: US Air Force Fails to Serve by Hiding Cost of B-21 Strategic Bomber
When Northrop Grumman won the $80 billion bid to develop the new bomber the two other contenders, Boeing and Lockheed Martin, filed a lawsuit seeking to revise the contest. The first argument said that previously the company had already developed a strategic bomber, the B-2 Spirit, which lagged behind the old B-52 in payload, speed, and operational range. Boeing warned that there is a risk that Northrop Grumman would build a costly and ineffective aircraft.

Currently, proceedings are underway in the court, but the decision is unlikely to be reversed.

© REUTERS / U.S. Air Force
An artist rendering shows the first image of a new Northrop Grumman Corp long-range bomber B21 in this image released on February 26, 2016

The terms of the delivery have also cast doubts. The development of the B-2 took over 20 years. It began in 1979, the first prototype flew 10 years ago and the first bomber joined USAF in 2000.

Currently, there is little known about the new aircraft. Its planned specs and capabilities have been kept secret. It is known that the B-21 will be both manned and unmanned. According to some leaks, the bomber will have an operational range of 9,000 km and a missile payload of 12 tons.

China started developing a new-generation strategic bomber in 2008. Currently, the aircraft is known as the H-20. It is being developed by the Shanghai Aircraft Design and Research Institute. Previously, a concept stealth aircraft was developed.

With its new ambitious project, China has adhered to its traditional development strategy of borrowing experience of more technically advanced countries.

Certain contributions to the project were made by Noshir Gowadia, a design engineer who previously worked for Northrop Grumman. He also contributed to the B-2 Spirit development. In 2011, he was convicted to 32 years for selling classified information to China.

Thus, it is no surprise that the H-20 has a flying wing design like its American analogues. It is also known that the aircraft will be used to control the South China Sea region. It is also expected to be invisible to air defense, equipped with electronic warfare systems, and will carry both conventional and nuclear weapons.

The Russian new-generation strategic bomber is known as the Advanced Long-Range Aviation Complex (PAK DA). It is being developed by the Tupolev Design Bureau. The aircraft is expected to enter service in 2025.

The maiden flight is planned for 2021 and its delivery to the Russian Aerospace Forces for tests will begin in 2023.

© Sputnik / Russian Defence Ministry
White Swan: When Will Modernized Russian Tu-160 Bomber Hit the Skies
R&D for the new bomber began in 2009. Large-scale work started in 2004 under the Project 80. In the next decade, the PAK DA will replace the Tu-95 and then the Tu-160, also known as the White Swan.

It is also known that radio radar and weapon control systems for the new bomber have already been developed.

The aircraft will be capable to carry air-to-surface and air-to-air missiles as well as conventional and smart-guided bombs. In addition, hypersonic missiles are now in development for the PAK-DA. They are expected to reach speeds of five Mach.