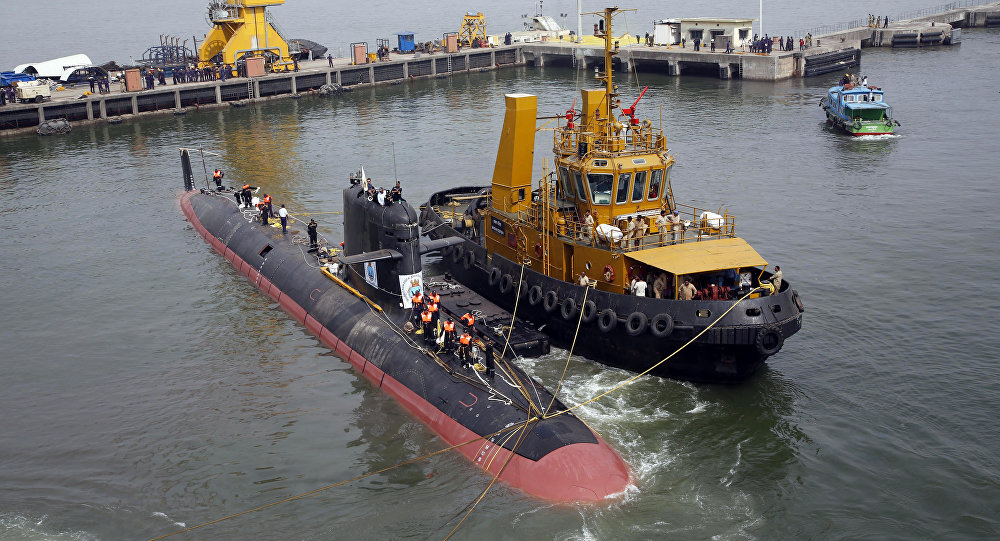 After cancelling a 300 million Euro deal for Black Shark torpedoes manufactured by WASS, a subsidiary of Leonardo-Finmeccanica, India is now looking for alternatives.

According to sources, India is in talks with the US, Israel and Germany for procuring heavy torpedoes to mount on the six Scorpene submarines to be inducted by the Indian Navy starting this year. Each submarine will have a capacity of 16 torpedoes.

Commander Abhijit Singh (Retired), senior fellow at Observer Research Foundation, told Sputnik, "the Navy is exploring options. The Finmeccanica problem has been there for few years now. We are facing problems in frigates also."

Defense Minister Manohar Parrikar said, "Now since we have decided to blacklist Finmeccanica and its group companies, immediately, we can't even think of this torpedo but we have alternative plans. For purposes of secrecy, the commercial importance of price, I will not inform you of the alternative at this stage. Let the decision be taken by the government, then it will come (to you)."

India is building six Scorpene class submarine at Mazagon Dock with technology from French firm DCNS. The first submarine is likely to be handed over to Indian Navy in the last quarter of this year.

After winning a tender, Italy's WASS was to supply Black Shark torpedoes to be fitted for the six submarines. However, the deal was scrapped following India's decision to blacklist Finmeccanica in the wake of a massive controversy over the alleged involvement of one of its subsidiaries, Augusta Westland, in a chopper scam.

Meanwhile, the Indian Navy is currently building 46 naval platforms such as aircraft carriers, submarines, and warships at different dock yards. India had already struck deals with subsidiaries of Finmeccanica to purchase equipment for at least 26 out of the 46 platforms. The Navy had also ordered guns to be fitted to its Shivalik class frigates from Otemelara, another subsidiary linked to Finmeccanica. According to sources, the fate of these deals also hangs in the balance.