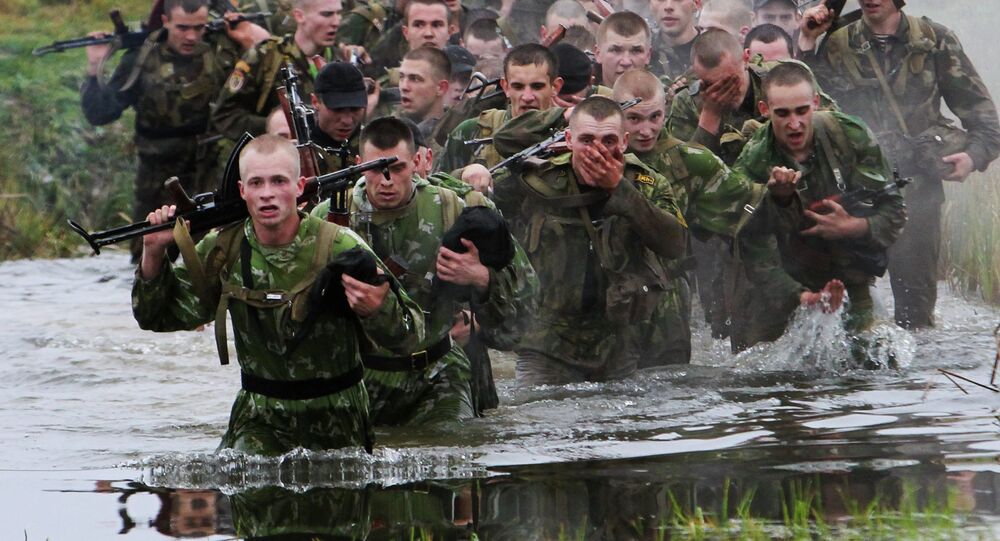 More than 2,000 servicemen and over 70 units of equipment will take part in the joint drills in Belarus.

"According to the Defense Ministry's training plan for 2015/2016, the command-and-staff exercises with the territorial defense forces of the Grodno Region were launched on June 13. The drills are mainly aimed at boosting the level of the [military] readiness and ability of the governing bodies and territorial defense forces to carry out the tasks in conditions of rapidly changing situation," the ministry's press service said in a statement.

The drills imply testing skills of protection of territorial defense objects, maintenance of a martial law, blocking and destruction of armed gangs.

© Sputnik / Igor Zarembo
Union Shield 2015: Russian-Belarusian Joint Military Drills
12
According to the press service, military units of the Western Operational Command, the Air Force and Air Defense Forces, the Special Operations Forces, as well as the representatives of almost all law enforcement agencies, including the Interior Ministry, the State Border Committee, the State Security Committee and the Emergency Situations Ministry will take part in the drills.

A total of 2,100 personnel and over 70 units of equipment will participate in the military exercises, the ministerial press service said.