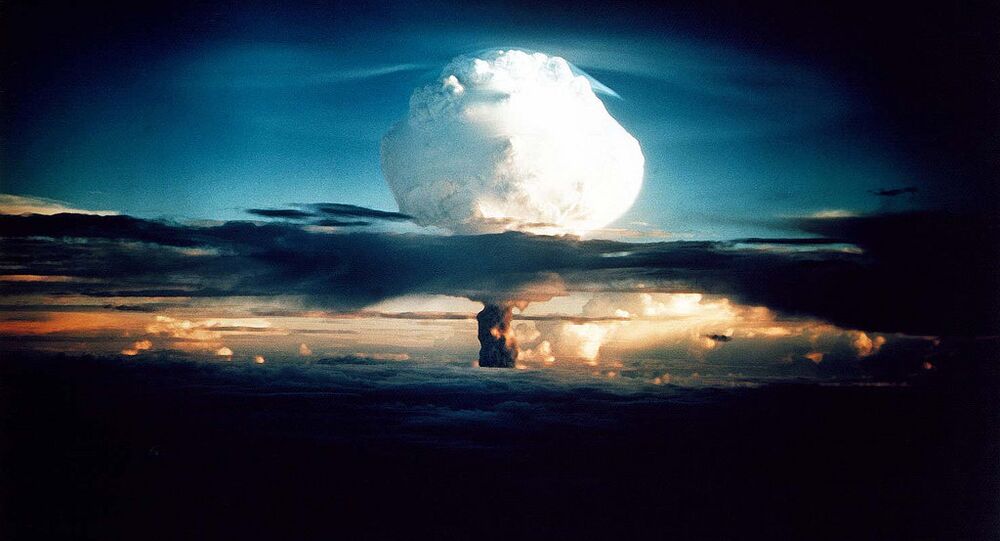 Global Nuclear Arsenals Decline Thanks to Russia, US

STOCKHOLM (Sputnik) — According to SIPRI, none of the nuclear-weapons-possessing countries intend to refuse their nuclear arsenals in the foreseeable future.

"At the start of 2016 nine states—the United States, Russia, the United Kingdom, France, China, India, Pakistan, Israel and North Korea—possessed approximately 4,120 operationally deployed nuclear weapons. If all nuclear warheads are counted, these states together possessed a total of approximately 15,395 nuclear weapons compared with 15,850 in early 2015."

© Flickr / all_usernames_are_taken
Where Nightmares Come From: Sputnik Takes a Look Inside a Nuclear Warhead

SIPRI experts note that the overall number of nuclear weapons is decreasing mainly due to the efforts of Russia and the United States, which account for over 93 percent of all nuclear weapons. The pace of reduction of the nuclear arsenals remains slow and the extensive nuclear moderation processes are underway in these countries, according to SIPRI.

"The USA, for example, plans to spend $348 billion during 2015–24 on maintaining and comprehensively updating its nuclear forces. Some estimates suggest that the USA’s nuclear weapon modernization programme may cost up to $1 trillion over the next 30 years."

The SIPRI notes that China, India and Pakistan are expanding their nuclear weapons stockpiles and missile delivery capabilities.

The Stockholm-based SIPRI is an independent international institute established in 1966 dedicated to research into arms control, disarmament and conflicts.