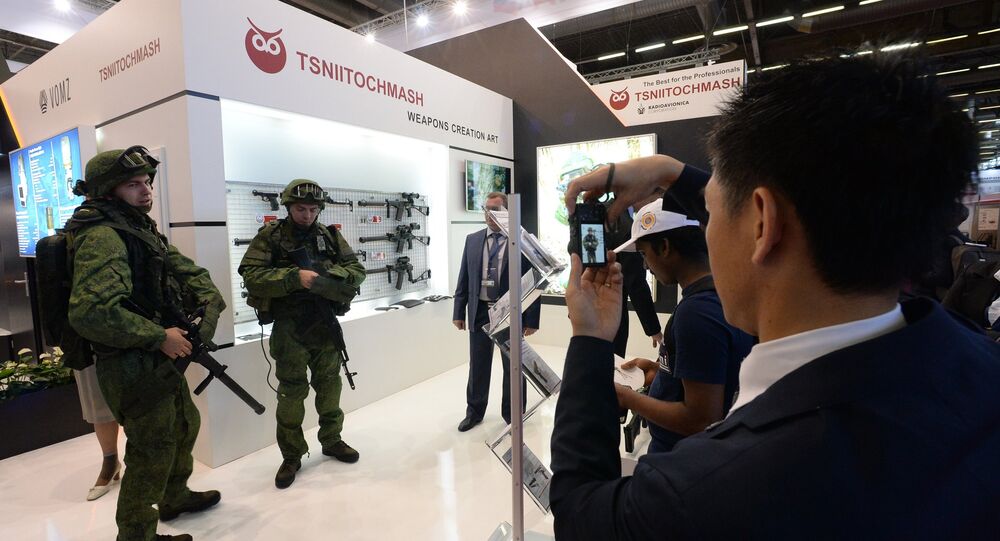 European States to Show Their Military Achievements at Eurosatory 2016

The Eurosatory 2016 international defense and security exhibition will begin on Monday in the French capital, allowing dozens of European states to showcase their military, defense and space technical achievements.

MOSCOW (Sputnik) — Eurosatory, the largest exhibition of Land and Air-land Defense and Security in the world, will be held on June 13-17. It is dedicated exclusively to the issues of security and defense. It has been held once in two years under the auspices of the French Ministry of Defense since 1967.

Russia’s state arms exporter Rosoboronexport will present military equipment at the Eurosatory 2016, in particular, and will hold negotiations with the European partners on sales and delivery of the equipment. Rosoboronexport expressed hope that foreign partners would express interest in different modifications of the BMP-3 infantry fighting vehicle, T-90 and T-90MS tanks, BTR-82A armored personnel carriers, Smerch multiple rocket launchers, Pantsir-S1, Buk-M2E and Tor-M2KM missile systems, as well as to the Ka-52 and Mi-28NE attack helicopters.