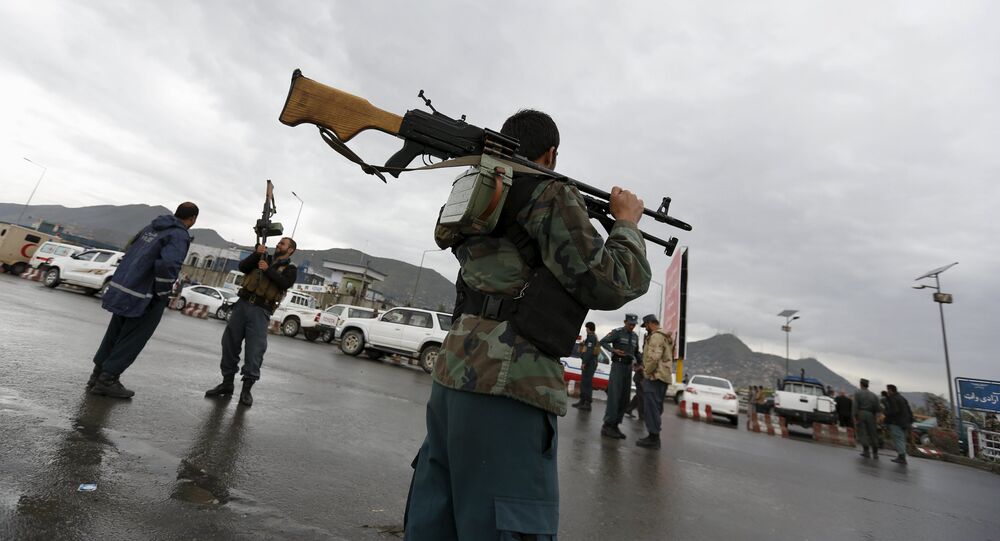 The US government lacks the military forces it needs to defeat the Taliban so the new Afghan strategy confirmed on Friday is just playing for time, former European Union and US Agency for International Development (USAID) consultant Paolo von Schirach told Sputnik.

WASHINGTON (Sputnik) — Under the new policy, reported in the US media on Thursday and confirmed by Defense Secretary Ashton Carter on Friday, Nicholson will have the authority to order US troops to accompany regular Afghan troops into combat. Previously, US advisers only accompanied Afghan special forces.

"This is mission impossible," Schirach, director of the Global Policy Institute, said on Friday. "General John Nicholson [US commander in Afghanistan] simply does not have and will not have the tools to win. So, he did the best he could."

Nicholson knew that significant numbers of US ground troops could not be spared to return to Afghanistan and had to do his best with very limited resources, Schirach observed.

Nicholson "could only ask for what he finally got — a bit more operational flexibility. But… he has only a small force under his command. Good luck on winning a vast insurgency with less than 10,000 troops, and an Afghan army with at best a spotty combat record," Schirach explained.

The new policy was only a minor adjustment in US strategy and did not amount to any significant change in policy on Afghanistan, Schirach maintained.

"The announcement that from now on US forces in Afghanistan will be allowed to join the Afghan army in military operations does not indicate a major policy shift regarding US strategic objectives… This change will make almost no difference in the long term."

But the announcement did reveal that the Obama administration recognized the war was going badly and the US needed to do more to prop up its Afghan allies, Schirach pointed out.

"It is certainly evidence that this never ending conflict is going badly and that for this very reason General Nicholson is trying to provide more significant US support to the Afghan army."

© Flickr / The U.S. Army
US Hopes Expanded Military Role in Afghanistan Breaks Perpetual Stalemate
Schirach also said he did not believe the new policy could significantly affect the course of the Afghan war.

"Here is the sad truth. There are just not enough US troops in Afghanistan to make a real difference. We are down to 9,800. Not nearly enough to turn the tide of the war in a largely hostile country of 650,000 square km, with a population of 32 million."

"If we could assume unlimited funding, tens of thousands of US troops, and deployments with no time limits, things may change for the better — eventually. But this may take 10 or 15 years."

By the time Obama leaves office, he would try to keep Afghanistan stabilized, but the Taliban-led insurgency in Afghanistan could not be won within any politically acceptable time frame, Schirach concluded.

Expansion of US Authority in Afghanistan Won’t Prevent Troop Reduction