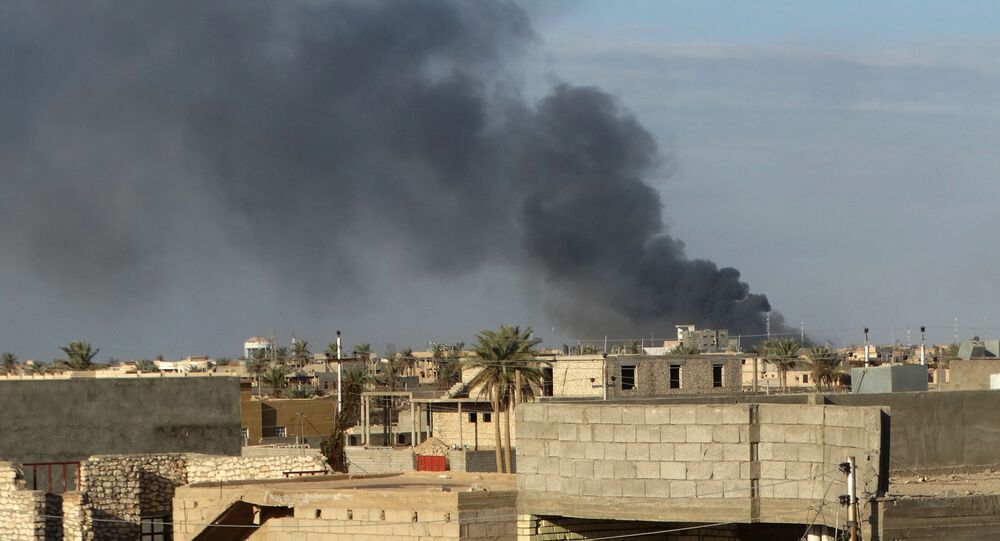 Twelve Out of 60 Anti-Daesh Coalition Members Participated in Airstrikes

Only 12 out of some 60 members of the US-led coalition against Daesh have played a role in the airstrikes campaign targeting the terrorist group, the US Department of State on Friday.

WASHINGTON (Sputnik) — The US-led coalition has been carrying out airstrikes against Daesh in Syria and Iraq since the summer of 2014.

"In the skies, twelve Coalition Partners have played a role in carrying out the nearly 13,000 air strikes against ISIL [Daesh] targets in Iraq and Syria," the release stated. "On the ground, seventeen Coalition partners have deployed personnel to advise, assist and/or training Iraq forces."

The State Department released the information upon conclusion of a plenary meeting of the Global Coalition to Counter Daesh.

Daesh is outlawed in numerous countries, including in the United States and Russia.